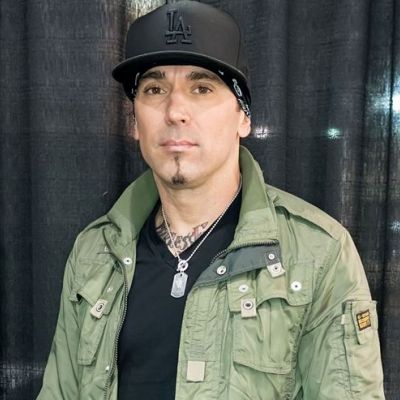 Jason David Frank was born on September 4, 1973, in Covina, California, to half-Greek parents, Janice Frank and Ray Frank. He grew up in Houston, Texas, alongside his older brother, Eric Frank. Eric died in 2001 as a result of a tragic accident. Jason was heartbroken after that and began attending church services. Since he was a child, he had wanted to learn martial arts. When he was four years old, he began training at the Red Dragon Karate School.

Jason later changed his profession to that of a mixed martial artist, which he had been interested in since childhood. He specialized in Taekwondo, Shotokan, Brazilian Jiu-Jitsu, and many other critical martial arts. In 2009, he signed a contract with SuckerPunch, a sports and marketing company, and made his MMA debut for the United States Amateur Combat Association.

On January 30, he made his debut at the Houston Arena Theatre. He submitted Jonathan Mack with an omoplata in the first round. On May 22, 2010, he made his Ultimate Warrior Challenge debut, defeating Carlos Horn in the heavyweight match.

On May 8, 1994, Jason David Frank married his first wife, Shawna, with whom he had three children, Jacob, Hunter, and Skye. Unfortunately, they separated and filed for divorce in April 2001. Tammie, the love of his life, met in 2003. Jason had changed his profession to that of a mixed martial artist at the time, and his wife Tammie was also a mixed martial artist. Jenna Frank was her daughter’s name when she was born. Following the death of Jason’s elder brother, he began attending church services with his wife and became a devout Christian. He and his wife founded ‘Jesus Didn’t Tap,’ a mixed martial arts organization.

Jason David Frank is an MMA fighter who has also appeared in several seasons of the Power Rangers franchise. He was a prominent figure in the television world and piqued children’s interest. His total net worth is estimated to be around $2 million as of August 2022, the majority of which comes from the production franchise and MMA, in which he competes. He also runs his own business, ‘Jesus Didn’t Tap.’