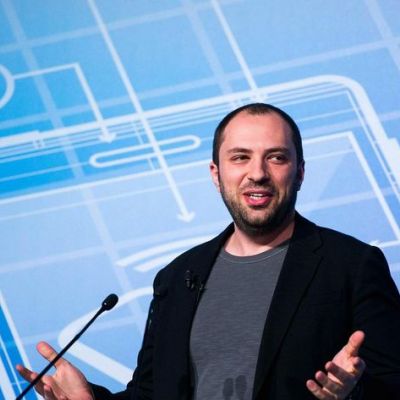 Jan Koum is a Jewish-born computer programmer and inventor. He was born in Kyiv, Ukraine, and is an American.

Jan Koum was born on February 24, 1976, in Kyiv, Ukraine. His Jewish parents had only one child. His struggle began early in his life as a result of his country’s unfavorable political environment. To avoid difficulties in their home state, the family decided to relocate to the United States, where his mother worked as a babysitter, and he worked as a cleaner in a grocery store.

He continued his studies and discovered that he was good at computer programming. Jan was a skilled network engineer when he graduated from high school. He enrolled at San Jose University for further studies while working as a security tester for Ernst & Young, a global accounting firm. Here he met Brian Acton, a colleague from his Yahoo assignment. They would later collaborate to make a name and fame for themselves.

He began his career with zeal, taking his talent for computer programming to the next level. While working as a security tester for Ernst and Young, he was assigned to Yahoo, a search engine, where he collaborated with Brian Acton, an old Yahoo employee. Jan Koum later joined Yahoo as an infrastructure engineer while continuing to study. However, work pressures forced him to leave university and work for Yahoo for nine years. His friendship with Brian Acton grew stronger.

Their mutual interest in social media platforms prompted them to leave Yahoo in 2007 to pursue new opportunities. They established their company, WhatsApp Inc., on February 24, 2009. And in early 2010, WhatsApp Messenger was launched, quickly gaining popularity and around 200 million active users in 2013. In 2014, the social media company Facebook paid $19 million for WhatsApp, anticipating its enormous potential.

Jan Kuom’s most outstanding achievement was incubating an idea for an instant messaging service that could work globally by using mobile phone users as a base. Before being purchased by Facebook, he and his friend Brian Acton built up their user base to 500 million active users handling billions of messages around the world.

The acquisition of WhatsApp by Facebook for $19 billion is one of the world’s most outstanding value creation achievements. Jan Koum and Brian Acton were runners-up in the Founder of the Year category at the 8th annual crunchies Awards in 2015.

Jan Koum’s Salary and Net Worth

His net worth is estimated to be $11 billion as of August 2022. The sale of his company WhatsApp to Facebook for $19 billion in cash and stock, of which he owned 45 percent, contributed significantly to his net worth.