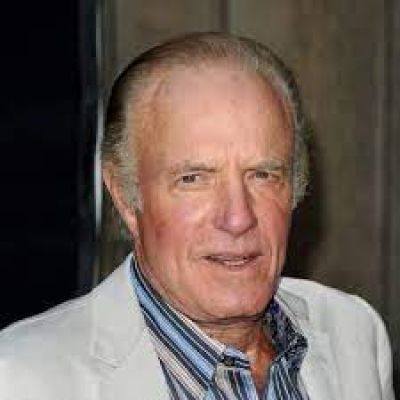 James Caan is well-known as an actor and producer from the United States who has worked in the film industry since 1961.

Who is James Caan? James Edmund Caan was born in New York, United States, on March 26, 1940. His father, Arthur Caan, was a butcher, and his mother, Sophie Caan, was a housewife. They were German Jewish immigrants. In Sunnyside, Queens, he grew up with his two siblings. He is currently 82 years old and born under the sign of Aries. James Caan is of American nationality and belongs to the White ethnic group. He is a devout follower of Judaism. In New York City, James Caan finished his education. He continued his education at Michigan State University before transferring to Hofstra University. However, he abandoned his studies to pursue a career in acting. He also attended the Neighborhood Playhouse School of the Theatre in New York City, where he studied for five years.

Who is James Caan’s Girlfriend? James has been married four times in his personal life. Dee Jay Mathis was his first wife, whom he married in 1961 and divorced in 1966. From his first marriage, he has a daughter called Tara. In 1976, he married Sheila Marie Ryan, but the couple divorced in 1977. Scott Caan, Sheila, and James’ son were born on August 23, 1976, and is also an actor. In September 1990, James married Ingrid Hajek, whom he divorced in March 1994. Alexander James Caan, his son from his third marriage, was born in 1991.

1990’s “Misery” got him a Saturn Award nomination. James also starred in 1991’s “Honeymoon in Vegas,” “Flesh and Bone,” “A Boy Called Hate,” and “Things to Do in Denver When You’re Dead.” In the late 1990s, he appeared in eight different films. James appeared in “The Yards,” “Luckytown,” and “The Way of the Gun” in 2000. 2001’s “Night at the Golden Eagle” featured him uncredited. He also starred in Dogville with Paul Bettany, Chloe Sevigny, Stellan Skarsgard, Udo Kier, and Ben Gazzara.

When it comes to James’ television career, his first appearance was in the 1961 series “Route 66,” in which he played Johnny. After that, he appeared in minor roles in television series before landing roles in television movies. ‘A Glimpse of Hell’ was released in 2001, followed by ‘Blood Crime’ in 2002, ‘Wuthering High School’ in 2015, and ‘JL Ranch’ in 2016. Similarly, he rose to prominence after playing Ed Deline in the comedy-drama series “Las Vegas,” which aired from 2003 to 2007. He also had a voice role in the 2010 film ‘Annoying Orange.’ In 2013, he starred in the television series “Back in the Game.”

James Caan has been nominated for 21 awards, and he has won eight of them. He was awarded the Golden Train Award in 1972, the Lifetime Achievement Award in 2003, and the Golden Boot Award in 2005 at the Action on Film International Film Festival. In addition, in 1999, he was honored with the Hollywood Film Award for Outstanding Achievement in Acting. In 1978, he was also honored with a Star on the Hollywood Walk of Fame Award.

James Caan’s Income And Net Worth

How much does James Caan worth? In this region, James Caan has already celebrated his golden jubilee. As of 2023, his net worth is expected to be around $20 million.