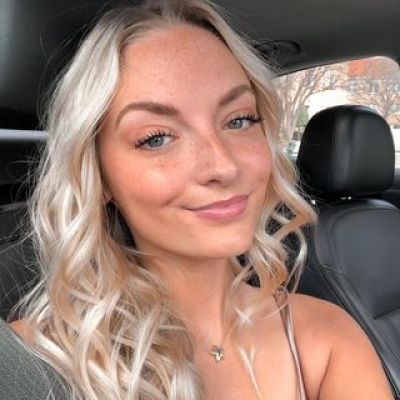 Jaidyn Lynzee is a Youtube content maker from the United States. Jaidyn Lynzee began her career as a cast member of SevenPerfectAngels, SevenSuperGirls, and SevenGymnacticsGirls before launching her own YouTube channel. She has since expanded her social media presence to include a variety of additional platforms.

Who is Jaidyn Lynzee? aidyn Lynzee was born in Minnesota on May 19, 2002. Pete and Rachel Andersen are her parents, and she is currently 18 years old. Jaidyn, her mom, siblings, and dogs are still living there. Similarly, Lyla, Sophie, Willa, and Thea are Jaidyn’s four younger sisters. Jaiden’s other interests include trampoline jumping, photography, and arts and crafts, in addition to filming and editing videos. Jaidyn finds shopping to be therapeutic as well. Similarly, rose gold is her favorite color, while the cheesecake is her favorite dessert.

Jaidyn Lynzee is also a major movie enthusiast, and she has stated that her favorite film is Divergent. Jaiden’s parents are enthusiastic about her work and have appeared in several of her videos. She’s only lately begun traveling, and she enjoys sharing her photos on Instagram. Jaidyn also wishes to visit Paris and explore the country.

What is Jaidyn Lynzee’s Height? Unfortunately, there is no information about Jaidyn Lynzee’s body measurements. Her height, weight, chest-waist-hip measurements, dress size, shoe size, and other details are currently unknown. Jaidyn, too, has blonde hair and hazel blue eyes.

Jaidyn and Lyla Take the Smoothie Challenge!, one of SevenPerfectAngels’ most popular videos, has over 4 million views since its original post in January 2015. Jaidyn has met with a number of other SevenSuperGirls stars, including Rachael, Kaelyn, and Jenna, to name a few.

Jaidyn Lynzee began her YouTube career in 2012 when she joined SevenGymnacticsGirls and lasted with them for two years. She then concluded that she would rather be an actress than a gymnast. As a result, she transferred to SevenTwinklingTweens in 2014 and spent a few months on their channel. Jaidyn went on to work with SevenPerfectAngels till 2017. After that, she was cast in the 2017 season of SevenSuperGirls.

SevenSuperGirls is a female-only project. It focuses on the seven girls’ schools, hobbies, and daily activities. Every week, this channel sets a theme, and all seven girls create videos based on that topic. The channel’s narratives occasionally continue from one video to the next.

Who Knows Jaidyn Best?! This is Jaidyn’s most popular video on this channel. Edition for the whole family! She challenges her parents and two sisters to guess her favorites in this video. She is currently a member of SevenSuperGirls, and her videos will be released every Friday. Jaidyn also wants to be an actress and believes that her YouTube adventure will help her get there.

On August 18, 2011, Jaidyn launched her self-titled Youtube account. She has 38.2k subscribers and 385,656 views thus far. Jaidyn makes a variety of stuff, most of which are vlogs and family videos. She’s been making videos since 2011 and has a YouTube following.

Similarly, she creates all of her own content using iMovie and Final Cut Pro. Jaidyn shoots her videos on a Canon G7X and a Sony 4K Handycam. All of the music she utilizes is copyright-free and can be obtained mostly on SoundCloud and YouTube’s Music Library.

SevenGymnasticsGirls Audition is the most recent video on this channel. Jaidyn posted it on December 29, 2011, and it has 179,541 views so far. This is also her most popular video on her YouTube channel. Jaidyn has posted over 15 videos to her self-titled YouTube account, with several of them including her family and friends.

Who is Jaidyn Lynzee’s Boyfriend? Jaidyn Lynzee is most likely single right now. She hasn’t posted anything on social media that could indicate her current relationships or affairs. She has also kept a low profile and avoided scandals, rumors, and controversies that could jeopardize her job and personal life. Nonetheless, the young and growing star’s charms and capabilities will undoubtedly draw many lovers in the near future.

In terms of her social media presence, Jaidyn joined Twitter in June 2011 and currently has over 1.5 million followers. Similarly, at the time of writing her biography, her Instagram account had 766 post shares and 86.9k followers. She also has a Tiktok account, where she now has 8175 followers and 28.2k likes. Her YouTube account has over 385k views and 38.9k subscribers. For further information, we can reach out to her at [email protected]

Jaidyn Lynzee’s Income And Net Worth

How much is Jaidyn Lynzee’s Income? The net worth of Jaidyn Lynzee is still unknown. She makes the most of her money by participating in numerous internet activities. She also makes money from her YouTube and other social media activities.