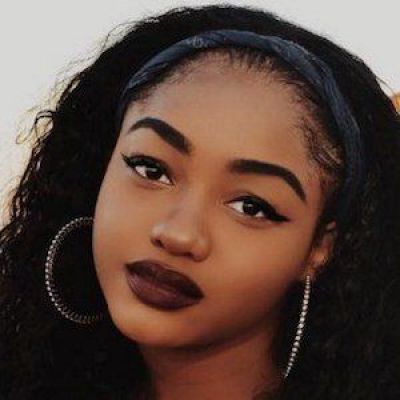 Jaelyn Brunson is a social media personality from the United States. Jaelyn Brunson is primarily known as “The Zodiac Queen” on YouTube. According to her YouTube bio, she is also an astrologer, entrepreneur, life coach, YouTuber, and spiritual teacher.

Jaelyn Brunson was born on August 14, 1998, and is now 22 years old. Philadelphia, Pennsylvania is Jaelyn’s hometown. She did, however, grow up in Baltimore, Maryland. When it comes to her family, Jaelyn is the only child of her parents, so she does not have any siblings. Aside from that, there is no more information about her parents or other family members.

Jaelyn has also yet to share any interesting details about her educational journey. However, given her age, we can assume she is a bachelor’s level college student unless she decides to take a break from her studies or discontinue them together in order to focus on her professional career.

In terms of her YouTube channels, Jaelyn Brunson launched her main channel “Itsbabyj1” on October 23, 2012. This channel has received over 9.9 million views and over 198K subscribers since then.

Jaelyn Brunson works as a social media personality. She is primarily a YouTube vlogger who goes by the handle @itsbabyj. Jaelyn has amassed a following of over 198,000 subscribers through storytime vlogs such as “Worst Date Ever! He abandoned me!” and “How I Got Catfished by a BABY!”

Similarly, Jaelyn has been dubbed “The Zodiac Queen.” Jaelyn describes herself as an Astrologer, Entrepreneur, Life Coach, Youtuber, and Spiritual Teacher in her YouTube bio. She also claims that if we are interested in astrology, numerology, abundance, manifestation, magic, or the law of attraction, we will enjoy her channel! She also teaches a class called “AWAKEN YOUR INNER GODDESS (Divine Femininity and Sacred Sexuality)” online.

Furthermore, Jaelyn joined Twitter in April of 2011 and had sent over 30,000 tweets in less than five years. Jaelyn is also an active Instagram user, with over 30,000 followers. She also shared a video titled “Interviewing my Haters.” In this video, Jaelyn taped Kanye West’s face to a friend and poked fun at him.

Jaelyn Brunson Income And Net Worth

Moving on, Jaelyn has an estimated net worth of $42,000 dollars. She has published over 200 videos, which have received over 9.9 million views. Jaelyn hasn’t made a new video in months, but she’s still getting 23.2k video views and 320 new subscribers every day.

Nonetheless, Jaelyn Brunson has not provided much information about this matter. Jaelyn has also not shared any social media posts about her current relationships or affairs.

Furthermore, Jaelyn has kept a clean public profile free of rumors, scandals, and controversies that could jeopardize her professional and personal life. Nonetheless, Jaelyn Brunson’s beauty, talent, humor, and charms will undoubtedly attract many lovers in the future.

In terms of social media, Jaelyn Brunson joined Twitter in April 2011 and currently has over 6.6k followers on her @supjaelyn account. Similarly, she is known on Instagram as @itsbabyj, and her account has 583 posts, 39.3k followers, and 583 shares as of the time of writing this biography.