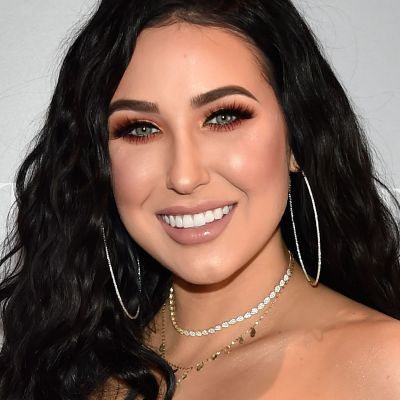 Jaclyn Hill is a YouTube sensation who posts videos on her channel Jaclynhill1. She is an American experienced makeup artist, beauty and lifestyle writer, and YouTube sensation. More than 5.83 million people have subscribed to Jaclyn Hill’s innovative makeup ideas and techniques.

Jaclyn Hill is a 30-year-old actress. She was born under the astrological sign of Cancer on July 20, 1990, in Illinois, United States. Jaclyn Roxanne Hill is also her first name. Robin Eilers is her mother’s name, and James Eilers is her father’s name.

She is the family’s youngest member, with two older siblings a brother named Nicholas and a sister named Rachel. She, too, grew up on a farm that had been in her family for four generations near Mineral, Illinois.

After her father said he was commanded by God to do missionary work, her family relocated to Tampa, Florida. Her father went on to become an evangelist. She and her family spent the next few years preaching Christianity in various nations, including India and Honduras. She has no contact with her father after her parents divorced in 2012.

In terms of her schooling, she was homeschooled during her youth. She then went to college in Sarasota, Florida, to study photography. She has also worked as a professional makeup artist and at a MAC Cosmetics shop in the past.

Jaclyn Hills is an entrepreneur and internet celebrity from the United States who rose to prominence thanks to her YouTube channel. In the Tampa region, she began her career as a freelance makeup artist. She went on to work at a MAC Cosmetics shop later on. At the age of 21, she debuted her YouTube channel on September 7, 2010. Her videos mostly included Kourtney Kardashian and Kim Kardashian’s beauty tutorials.

Similarly, she shares beauty tips and reviews on a variety of holidays and subjects, including smokey eye videos, how to form and build brow tutorials, challenges/tags, celebrity makeup videos (including the Kardashians and Jenners), hair tutorials, and more.

Her August 25, 2014 video, named “Kylie Jenner Inspired Makeup Tutorial,” helped her gain more subscribers and a larger fan base. She already has 5.83 million users and almost 558 million cumulative views.“Smokey Cat Eye Tutorial | Jaclyn Hill” and “Get Ready With Me & Kim Kardashian | Jaclyn Hill” are two of her most famous videos on the website. The videos have received 16 million and 10 million views, respectively.

She has also worked with Becca, an Australian beauty brand. They collaborated on the bestselling highlighter “Champagne Pop.” Within 20 minutes of its sale, Sephora had sold more than 25k units of “Champagne Pop.” It was a huge hit, smashing sales records after record after record. Similarly, Estée Lauder purchased BECCA for $200 million in 2017.

She partnered with Morphe Cosmetics in 2015 to create a collection featuring her favorite Morphe eyeshadows. In June of 2017, she released a new eyeshadow palette called “Jaclyn Hill Palette,” which was also a major hit. Under the brand label “Jaclyn Hill x Morphe,” she also launched a limited-edition gem-encrusted beauty brush kit with Morphe, as well as a second eye shadow palette. Both three of her merchandise were soon sold out following their initial release dates.

In June of 2018, she collaborated with Morphe to release her vault collection. Her EMVs with Morphe were said to have sold $10.7 million and $12.2 million, respectively, in EMVs.

Hill debuted her own beauty collection, Jaclyn Cosmetics, in May of this year. It featured swatches of the 20 nude “So Rich Lipstick” shades that will be released on May 30th, 2019. Hills has come a long way from her beginnings, and she now runs a brand and a makeup range, as well as becoming a well-known stylist.

Her latest beauty line drew largely favorable reviews from long-time fans at first. Later, though, she was chastised for her idea of a flawless nude color, pictures that revealed certain color variations, and a shortage of reviews from other members of the beauty group.

She launched her 20 nude lipsticks on her website on May 30, 2019. Despite the fact that her product was surrounded by some criticism, it sold out on the first day and seemed to be a hit. Customers immediately found problems with consistency after receiving their shipments, claiming that their lipstick either came melted or split after a single usage.

Although some consumers defended the company, claiming that high temperatures and poor delivery conditions were to blame, several others proceeded to express their complaints on social media. On social media, customers post several images of defects in the formula, including air bubbles, a gritty feel, fur, and mold. Hill quickly refuted the claims, claiming that she had not heard anybody criticize her. She did, however, urge her consumers to notify her and her staff if they were dissatisfied in some way, and she vowed to compensate the consumer or replace the product.

Following increasingly serious cases of dissatisfaction, reports of allergic reactions to the medication started to surface. Similarly, the person was experiencing signs such as scratching, swelling, redness, and cold sores.

On June 12, 2019, she responded to the growing concern by posting a video to her YouTube channel titled “My Lipsticks,” in which she describes the possible causes of harm, expresses her apology to fans and consumers, and reiterates that she plans to reimburse any who share their disappointment with her team.

Her apology and reasons, though, were not well received by fans and the YouTube group, who began to criticize her. On July 3, 2019, she removed her Instagram and Twitter accounts, leaving only her YouTube channel open to the public. Many of her allegations and problems have since been resolved, and her social media pages have returned to normal.

In terms of Jaclyn Hill’s earnings, she is an American entrepreneur and internet star who has amassed a substantial fortune over the course of her career. She has been involved since 2011 and has amassed a sizable sum of money from a variety of films. Her earnings are derived from collaborations with cosmetic firms such as Becca and Morphe.

Despite the fact that she has done an excellent job, she has not earned many awards or promotions to date. Hill’s actual gross net worth is estimated to be about $6 million, according to data from various outlets as of 2010.

When it comes to Jaclyn Hill’s personal life, she is actually dating a man called Farnum. He is a YouTuber as well as a musician. Shortly after she divorced her ex, speculation of her latest affair swirled in the papers, as she continued to share a cryptic handheld photo of the couple. She captioned one of her Instagram entries, “I want to go on a date with him for the rest of my life.”

On June 15, 2020, she shared a lovely duo photo with the comment “I want to have your babies.” This suggests that the two seem to have a strong friendship and are working to advance their relationship.

In terms of her previous engagement, she married drummer Jon Hill on August 29, 2009. Jon, her ex-husband, is also a musician and a YouTube celebrity. Similarly, she knew Jon when she was a teenager. She married him when she was 19 and he was 21. On May 16, 2018, the cute couple agreed to divorce after nine years of marriage. The reason for their split was that her ex, Jon Hill, had cheated on her.

Hills is 5 foot 7 inches tall and weights about 61 kilograms, according to her body measurements. She also has dark brown hair and beautiful blue eyes. Her bra size is 32B, and she has a waist of 25 inches and hips of 37 inches.