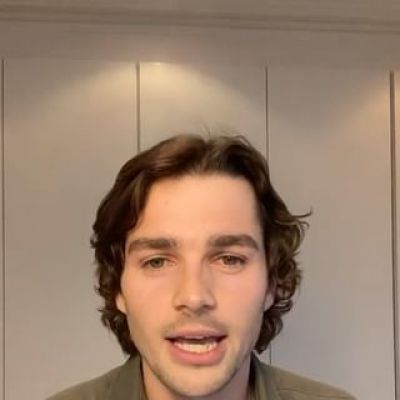 Jack Harries is a well-known British comedian who has appeared on television and on YouTube. Channel 4’s ‘School of Comedy’ featured Jack Harries as one of the featured cast members.

Who is Jack” Harries? Jackson Frayn “Jack” Harries was born in London, England, on May 13, 1993. He will be 27 years old in 2020, and his zodiac sign is Taurus. He has a younger sister named Emmy Lou and a twin brother named Finn Harries. His father’s name is Andy Harries, and his mother’s name is Rebecca Frayn. In Barnes, southwest London, he and his twin brother attended ‘The Harrodian School.’ Jack studied Drama at Bristol University but dropped out after the first year to concentrate on YouTube.

His mother is a producer who is best known for directing documentaries for the BBC, ITV, and Channel 4. His father, too, is a producer who worked on the U.K. “Wallander,” a television series starring “Kenneth Branagh.” His maternal grandfather, playwright, and author ‘Michael Frayn,’ is also a playwright and novelist. In addition, Jack is a vegan who promotes animal rescue as well as other causes. Without a doubt, Jack’s dedication to these charitable causes is deserving of all praise.

What is Jack Harries’s Height? Jack is a guy with a great personality. He has kept his body fit and stable. He is, however, 5 feet 11 inches tall and weighs about 76 kilograms. His hair is long and light brown, and his eyes are hazel. Aside from that, he hasn’t revealed any other details about his body measurements.

Harries had no idea that watching YouTube videos to relieve tension before exams would one day pave the way for his future. And, with no high hopes, a curious Jack, a media student at the time, took to YouTube to share his travel stories and ideas for making the world a better place. With his twin brother Finn Harries, Jack runs the famous YouTube travel channel “JacksGap.” @earthrise.studio is his co-founder.

Jack created ‘JacksGap’ during his gap year after graduating from high school in July 2011. Jack soon found himself surrounded by love and acceptance after videos intended for his friends and family were shared with thousands of people around the world. The web had 190,000 users by September 2012, and the pay-per-click advertisement revenue was enough to cover the Harries’ entire trip to Thailand.

He and his twin brother began producing 15-minute episodes about their travels in India in 2013, with £20,000 in support from Skype, Sony, and MyDestination.

Similarly, in January 2015, JacksGap released a video titled “Let’s Talk About Mental Health,” which was later cited in an article on The Huffington Post in which he discusses the importance of starting an open dialogue about mental health to alleviate the stigma associated with it.

Since 2011, ‘JacksGap’ has gained over 3 million subscribers and has been educating young people about various climatic conditions as well as the lives of the poor in various parts of the world. Not only does Jack have a YouTube channel, but he also has a blog where people can not only learn more about the causes they care about, but also engage in forums and discussions.

Even though Jack is now well-known for his inspirational expeditions, he was once cast in a TV movie called “Perfect Parents” when he was only 13 years old. Along with his travel companion, humanitarian, and twin brother Finn, he has been seen in many parts of the world, including India, Istanbul, and Tokyo. Their travel stories can leave you speechless, and that’s putting it mildly.

His Instagram and Twitter feeds are brimming with the faces of people he met along the way, bringing their plight and struggle to light. In this way, he has inspired his growing fan base to take time out of their hectic schedules to do something small yet life-changing for the less fortunate.

After their YouTube channel reached one million subscribers, Jack released a video saying that Finn was a hoax and that all he did was for the sake of special effects. Finn posted a video on the channel called “Finn’s Revenge” about a month later. In the video, however, Finn is tied up at first, then he “escapes” and goes searching for Jack. They explain later in the video that the previous video was just a film and that Finn does exist. On June 12th, 2013, the channel hit a significant milestone of two million subscribers.

In April 2015, ‘JacksGap’ also released a video titled “What Do You Believe In?” Finn had relocated to New York City earlier that year to study Design and Architecture at the Parsons School of Design for three and a half years, though he is still a member of JacksGap, according to the article. The word “Jack Harries” has replaced “JacksGap” in all social media sites as of 2018.

Similarly, the official Twitter account has been deactivated, and the handle has been relinquished to a random person who has no connection to ‘JacksGap.’ In May 2018, the channel released a new video titled “Jack Harries – The Stories We Tell,” which discussed depression and the relationship between his mental health and social media. In addition, during a rally at International Petroleum Week in February 2019, Jack Harries was arrested.

Who is Jack Harries’s Girlfriend? In terms of his personal life, he is reportedly dating Alice Aedy, a lovely young lady. She is a photographer and filmmaker who specializes in documentaries. The couple has been together for over three years. They are, however, having a wonderful time together. They continue to assist one another in their work. They have a strong bond between them. Jack previously dated YouTube sensation Ella Grace Denton.

Jack Harries’s Income And Net Worth

How much is Jack Harries’s Income? Jack clearly makes a lot of money from his job. His earnings have not been made public. Despite the fact that he has not disclosed his earnings, some online sources estimate his net worth to be between $1 million and $5 million.