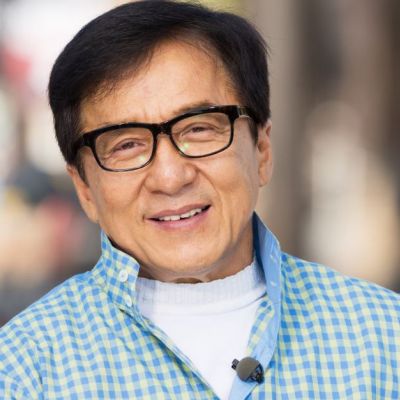 Jackie Chan is an actor, but he is also a stuntman, producer, and director of films, as well as a singer, philanthropist, and martial artist.

Chan Kong-sang MBE, SBS, PMW, better known by his stage name today Charles and Lee-Lee Chan raised Jackie Chan. He was born in Hong Kong in 1954 and raised there as well.

Chan attended Naw-Hwa Primary School before transferring to China Drama Academy, a Peking Opera School where he spent a decade studying martial arts (judo, karate, Taekwondo) and acrobatics. He then went to Dickson College in Canberra, Australia, and worked as a construction worker there.

Chans’ acting career began when he was five years old when he made appearances as a child actor. Before enrolling in college, he appeared in several films, including Big and Little Wong Tin Bar in 1962, The Love Eterne in 1963, and Little Tiger of Canton in 1973.

After college, Chan returned to Hong Kong, where he appeared in the box office failures Hand of Death 1976 and Fist of Fury. His breakthrough into films came with the films Snake in the Eagle’s Shadow and Drunken Master 1978, which propelled Jackie to mainstream success.

Jackie’s international career began when he appeared in The Big Brawl, a Hollywood film, followed by The Cannonball Run in 1981. His big break in Hollywood came in 1998 when he starred in Rush Hour, which grossed $130 million, and its sequels Rush Hour 2 and Rush Hour 3.

Jackie Chan has received dozens of awards and received 34 nominations for his work in films and music. Among these honors are the Hong Kong Avenue of Stars, the Hollywood Walk of Fame, MBE, SBS, PMW, the Honorary Oscar award, and five Hong Kong Film Awards.

Today, Chan is married to Taiwanese actress Joan Lin, with whom he has a son, Jayce Chan, an actor and singer. He is also the father of Elaine Ng Yi-Lei, the daughter he obtained through an extramarital affair.

Jackie Chan’s Salary and Net Worth

Jackie Chan’s net worth is $520 million as of July 2022. Today he is the 5th highest-earning actor in the list of the world’s highest actors earning around $49 million. Jackie Chan’s net worth has been significantly increased by his roles in films, whether acting, directing, or producing. Another way for him to increase his net worth is through endorsement deals with companies like Mitsubishi Motors. Don’t forget that music contributes a small portion of his net worth.