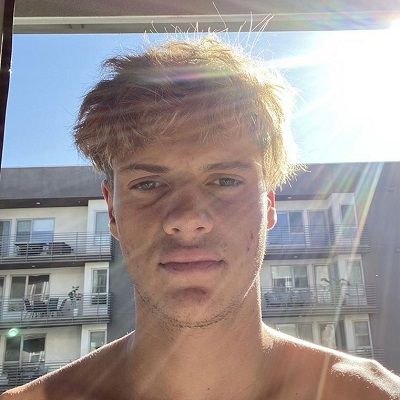 Jace Norman is a New Mexico-born American actor. He is currently 20 years old and born under the sign of Aries.

Jace Norman was born on March 21, 2000, and his full name is Jace Lee Norman. He is currently 20 years old and born under the sign of Aries. He, too, is originally from Corrales, New Mexico. His family, however, relocated to Southern California when he was only eight years old. He was bullied in middle school because he was dyslexic.

“I was an actor with dyslexia.” I received poor grades. Everyone told me I wouldn’t be able to succeed. I was depressed. Hearing all those voices, you begin to pay attention to them. “I wanted to show that there is another way.”

Unfortunately, his parents’ names have not yet been revealed. Nonetheless, he has a brother named Xander and a sister named Gloria. He has the nationality of an American, but his ethnic background is unknown.

When it comes to Jace’s body measurements, he stands at 5’11” and weighs around 62 kgs. His other body measurements, such as dress size, shoe size, chest-waist-hip, biceps, and so on, are unknown. Nonetheless, he has a slim build, light brown hair, and dark brown eyes.

Norman realized at a young age that he wanted to be an actor. He was also very good at acting from a young age, and he has nurtured his talents over time. He moved to California when he was eight years old, and by the age of twelve, he already had his first agent.

His first acting role was in the Disney show Jessie, which premiered in 2012. In the episode “Are You Cooler Than a Fifth Grader?” he played the guest role of Finch. Surprisingly, he landed this role after only one audition. He then appeared as Flunky in the Deadtime Stories episode “Revenge of the Goblins” and in The Thundermans episode “You Stole My Thunder, Man.”

In the year 2014, he received his big break. It was when he was cast as the lead in the hit Nickelodeon show Henry Danger. His character is Henry Hart, who works as a sidekick for Cooper Barnes’ Captain Man. This particular show gave him enormous fame and contributed to his ever-increasing popularity. The show was so popular that it was renewed for a third season in 2016!

The young actor was also excited about the Henry Danger/The Thundermans crossover episode. This episode was supposed to feature special guests Jack Gryphon and KiraKosarin. In addition, he appeared in television movies such as The Dumb Show as Jace, The Splitting Adam as Adam Baker, and Rufus as Rufus. He was also a contestant on the Nickelodeon game show Webheads and provided the lead voice in the animated film Spark.

Furthermore, Norman’s work in Henry Danger has earned him not only fame and recognition but also a lot of love from people of all ages, including children and adults. People recognize that he is incredibly talented and has a commanding screen presence. He may be only 20 years old, but he lends his full support to the rest of the cast of any TV show or film.

Furthermore, Norman looks up to his father as an inspiration and strives to be more like him. He seeks advice from his father whenever he is experiencing difficulties. In an interview, he stated: “Because my father had dyslexia, he had to forge his own path, which inspired me to keep going.”

He has worked in a variety of acting projects at such a young age, including films, television shows, television movies, and one reality show, demonstrating his popularity and fame.

He has served as an inspiration and motivation to many teenagers who want to pursue acting careers or succeed in their respective fields. Creator Edge Media, an influencer marketing agency, was also founded by him. He also collaborated with the United Nations to raise awareness about bullying. Furthermore, after winning the favorite actor at the 2017 Kids’ Choice Awards, he used the platform to encourage his fans to listen to their inner voices. He said: “Have the courage to listen to your heart and intuition.”

Jace has received three Kids’ Choice Awards for his role in the TV series Henry Danger. He won the award three years in a row, from 2017 to 2019.

Norman’s net worth is estimated to be $3 million dollars at the age of 20. His earnings are heavily influenced by his involvement in TV shows, series, and movies.

Jace spends a lot of time on social media. He has an Instagram account under the username @jacenorman. As of August 2020, it had 4.5 million followers and 167 posts. Similarly, he joined Twitter in July 2012 and currently has 211.1k followers. His YouTube channel has 805k subscribers and was launched on January 2, 2012, with a total of 20,210,125 views. Inquiries can also be directed to him at [email protected]