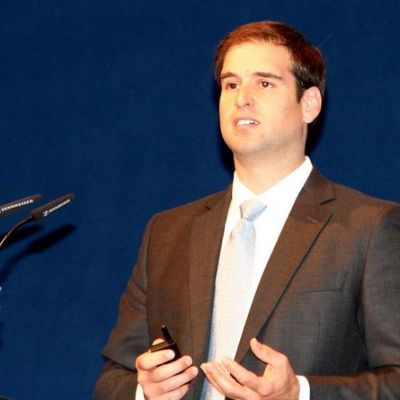 J. B. Straubel is an American businessman and former Tesla Inc. CTO. He also serves as the CEO of Redwood Materials.

It isn’t much known about JB Straubel’s childhood. Nonetheless, he graduated from Stanford University in 2000 and is also the Co-Founder of Tesla Inc. J. B. has also founded his own company, Redwood Materials, which specializes in the recycling of lithium-ion batteries and e-waste.

J. B.’s story began in a junkyard in Egg Harbor, Wisconsin, where he discovered a discarded electric golf cart when he was 14 years old. Then he decided to rebuild it, and this is where he got his inspiration.

Prior to Tesla Motors, he was the CTO and co-founder of Volcom, an aerospace firm where he designed specialized, high-altitude electric aircraft using a novel power plant. He was able to invent and patent a new long-endurance hybrid propulsion concept at Volcom, and this patent was later licensed to the world’s largest aircraft manufacturer, Boeing.

Prior to this, he worked as a propulsion engineer at Rosen Motors, where he developed the Pentadyne, a new hybrid electric vehicle. He was a member of Pentadyne’s early team and was able to design and build the first-generation 150kW power inverter.

In the year 2008, he was named the TR35 innovator in the world by MIT’s Technology Review in their manual, and he received this recognition at the age of 35. He has given several talks at MIT.

In 2008, he was also awarded the Stanford Alumni DAY. He was then featured in a full-length article in Popular Science magazine.

J. B. Straubel’s Salary and Net Worth