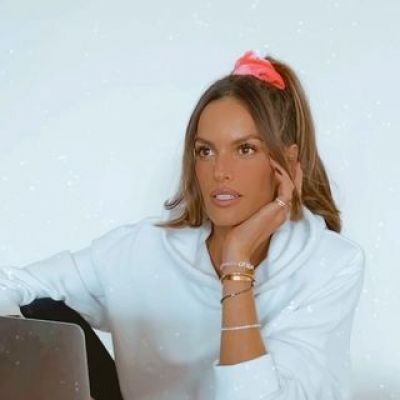 Izabel Goulart, a Brazilian model, was a Victoria’s Secret Angel in 2005. Her slim figure is her most distinguishing trait. Her flat stomach is her ticket to join Victoria’s Secret, the world’s most famous lingerie firm.

Who is Izabel Goulart? Izabel Goulart grew up in the Brazilian city of Sao Carlos, in the state of Sao Paulo. She is the youngest of five brothers and has a sister. Guillerme, her brother, has had type 1 diabetes since he was a child, according to sources. Unfortunately, there is no information regarding the whereabouts of this model’s parents or anything else.

Izabel Goulart, aka Maria Izabel Goulart Dourado, was born in the city of Brazil on October 23, 1984. She is currently 35 years old and is born under the sign of Scorpio.  Similarly, this diva is of white ancestry and is of Brazilian nationality. When it comes to schooling, there isn’t a lot of material available on the Internet. We will update the information as soon as it becomes available in the media.

Her runway debut turned out to be a disaster. Her top flew open during the fashion presentation, and the incident was widely reported in the press. That is a painful experience that no one wants to go through at the start of their profession. As the saying goes, ‘Let bygones be bygones,’ and this diva did just that.

Izabel’s clients include Givenchy, Gucci, Ralph Lauren, Loewe, Dolce & Gabbana, Stella McCartney, and others. She has always worked in the fashion industry for A ranker. That is why this model is the highest-paid diva in the business.

With time, Goulart graced the covers of prominent magazines all over the world. GQ Mexico, Vogue Brasil, Glamour Mexico, Elle, Harper’s Bazaar, and many other publications have highlighted her.

Izabel was featured in the Sports Illustrated Swimsuit Issue in 2011. She has also walked in Givenchy’s Pre-Fall 2011 campaign, DKNY’s Fall/Winter 2011 campaign, and so on. Not to mention, she was named number 100 on FHM magazine’s list of the world’s 100 Sexiest Women.

Izabel joined the opulent Vicotria’s Secret firm in 2005, despite her career’s challenges. This beauty was hired as Angel in the same year. Since then, this sultry diva has walked in the Victoria’s Secret Fashion Show every year from 2005 to 2016.

Who is Izabel Goulart’s Boyfriend? Izabel does not have a husband, but she does have a fiance, Kevin Trapp. Kevin is a goalkeeper for Eintracht Frankfurt and the German national team, and he is 30 years old. Since meeting in Paris in 2015, the lovey-dovey couple has been together.

Kevin proposed to her in July of 2018, and during the proposal, he gave her a massive diamond engagement ring. They haven’t walked down the aisle till now. This pair is investing time and effort into pushing their relationship to the next level.

Izabel Goulart’s Income And Net Worth

How much is Izabel Goulart’s Income? This Brazilian beauty earns a lot of money from her modeling profession. She is also an ex-Secret Victoria’s model, and this diva has amassed a sizable fortune over her career. Izabel has a remarkable net worth of $5 million in 2019. Photoshoots, ad campaigns, and brand endorsements are her main sources of income. Unfortunately, there is very little information available about her cars, houses, or salaries. The information will be updated as soon as possible. Stay tuned until then!

Despite her busy schedule, Izabel takes time to interact with her admirers on social media. This attractive model may be found on Instagram and Twitter.