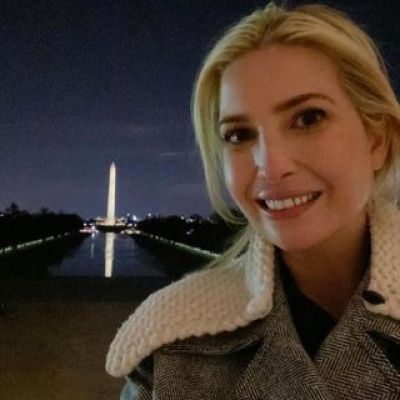 Ivanka Trump is a well-known businesswoman from the United States. She also works as an advisor to her father, Donald Trump.

Who is Ivanka Trump? Ivana Marie Trump is a businesswoman who was born on October 30, 1981, in New York City, New York. She is now 38 years old. Ivanka Trump is the daughter of Ivana Trump, a model, and Donald Trump, the 45th President of the United States, who has been in office since 2017. She has a half-brother named Barron and a half-sister named Tiffany, as well as a sister and two brothers named Donald Jr. and Eric. Her parents divorced when she was ten years old, in 1992.

Ivanka is of white ethnicity and of American nationality. Her ancestors are of Czech, German, and Scottish descent. The businesswoman began her education at Chapin College, which she left when she was 15 years old, and then went on to Choate Rosemary Hall in Wallingford, Connecticut. She went on to Georgetown University after graduating from high school. She later transferred to the University of Pennsylvania and earned an economics degree. Ivanka Trump also earned a cum laude in 2004. She began her modeling career as a child, was influenced by her mother, and continued it with her colleagues. She has modeled for Tommy Hilfiger and walked the runway for Versace. Vogue, Harper’s Bazaar, and Seventeen had all featured her on their covers.

The businesswoman comes from a wealthy business family and has always strived to follow in her ancestors’ footsteps. In 2005, she was appointed as Vice President of Development and Acquisitions at the Trump Organization. Aside from her business experience, she expanded her horizons as a judge when Carolyn Kepcher stood in for her on her father’s reality television show, “The Celebrity Apprentice.”

She remained on the show as a judge until the sixth season. She has demonstrated her abilities as a businesswoman in a variety of fields, including her relationship with Dynamic Diamond Corp. In 2007, she founded her own business, “Ivanka Trump Fine Jewelry,” which is sold in countries such as the United Arab Emirates, Qatar, and Kuwait. She is also well known for her sense of style and design. Ivanka Trump eventually started her own fashion business, complete with a designer, clothing, and shoes. She has also broadened her career by appearing on television, including in documentaries such as “Born Rich” and “Saturday Night Live,” hosting the “Miss Teen USA Pageant,” and writing self-help books such as “The Trump Card: Playing to Win in Work and Life” and “Women Who Work: Rewriting the Rules for Success.”

In June 2015, Donald Trump launched his presidential campaign. She publicly supported her father by appearing in many public appearances defending his reputation, as well as appearing in numerous advertisements. Ivanka Trump plays a significant role in closing the distance between youths and women that her father left. She resigned after a series of scandals following the election. On March 29, 2017, she was also named as a presidential advisor.

Who is Ivanka Trump’s Boyfriend? In college, the businesswoman had a four-year relationship with Greg Hersch, an investment banker. From 2001 to 2005, she dated James “Bingo” Gubelmann after her breakup with him. She eventually remained in a relationship with real estate developer Jared Kushner for a year, but they broke up due to Kushner’s parents’ objections. However, they reconnected and married in a Jewish wedding on October 25, 2009. The couple has three children: a daughter, born in July 2011, and two sons, born in October 2013 and March 2016, respectively.

She has made significant contributions to the corporate community and has been affiliated with it for a long time as a professional businesswoman. Several awards have been bestowed upon her. In 2012, she was named official alumnus of the University of Pennsylvania’s Wharton School. In 2016, she was also honored with a Fashion Award for Excellence in Accessory Design.

Ivanka Trump’s Income And Net Worth

How much does Ivanka Trump worth? Ivanka and her family live a lavish lifestyle. She is a well-known businesswoman who has amassed a large fortune as well as fame. Trump’s net worth is estimated to be around $324 million.