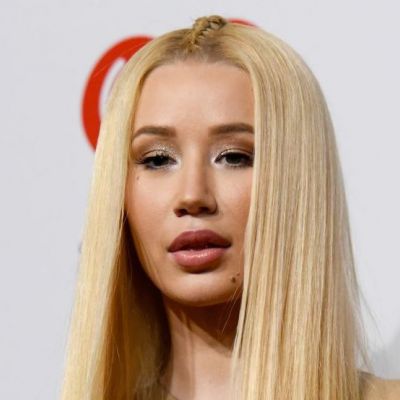 Iggy Azalea is a popular Australian rapper. Iggy decided to pursue a career as a rapper in the United States when he was sixteen years old. Iggy rose to prominence after releasing her songs ‘Two Times’ and ‘Pu$$y’ on YouTube. She has a successful musical career and is unstoppable.

Iggy Azalea was born on June 7, 1990, as Amethyst Amelia Kelly. She was born in Sydney and spent her childhood in Mullumbimby. Brendan and Tanya gave birth to Amelia. Tanya cleaned hotels and vacation homes, while Brendan was a comic artist.

Amelia began rapping at the age of 14, and she realized she wanted to be a part of the hip-hop scene in the United States. Amelia moved to the United States when she was 16 to pursue her hip-hop musical career. Amelia dropped out of school because she knew music was her true calling! She disliked school as a child because the other students teased her for wearing hand-stitched/designed clothing.

Amelia informed her parents that she was going on vacation, but she ultimately decided to stay and focus on her career.

Amelia arrived in the new country in the year 2006. She stayed in Florida before moving to Texas. Amelia stayed in Georgia for a while because she was a member of the Dungeon family. She met Natalie Sims and FKi during this time.

Amelia had to change her name to something more stage-appropriate! She was inspired by the name of her childhood dog (Iggy) and the street Amelia lived on (Azalea). Amelia Kelly rose to fame as ‘Iggy Azalea.’

People continued to mock and mock her. They told Iggy that her rap was insufficient! Iggy released her first mixtape, titled ‘Ignorant Art,’ in 2011.

Iggy released a music video called ‘My World’ the same year. Iggy has since become a celebrity in the industry! She is one of the most well-known artists, and her song has even made it to the BILLBOARD!

Iggy has been in the industry for 6 years. Her YouTube success came from her songs ‘Pu$$Y’ and ‘Two Times.’ Iggy’s songs have charted, and she is an unstoppable female rapper.

It is difficult to move to a new country and begin a career without a degree at the age of 16. Iggy tapped into her talent to become a successful rapper. It is an outstanding achievement for the young artist!

Iggy Azalea’s Salary and Net Worth

Iggy Azalea’s net worth is $10 million as of June 2022. All of this money has come from her musical career. Iggy Azalea is a well-known rapper, and her songs are popular. Hip-hop fans may recognize her new singles ‘Bounce’ and ‘Work.’

Iggy is a lovely young lady who has earned her success. She was dating Nick Young, but they split up after Iggy discovered that Young was cheating on her. Iggy’s success on YouTube led to the release of numerous albums over the years.

Iggy is a talented rapper, as evidenced by her successful musical career. Iggy’s net worth is $10 million, and it is expected to rise in the coming months and years. She drives expensive cars and lives in the same house as Selena Gomez. The 27-year-old rapper has made it to the Billboard charts and is still at the top! We rarely see solo female rappers, and Iggy does an excellent job!