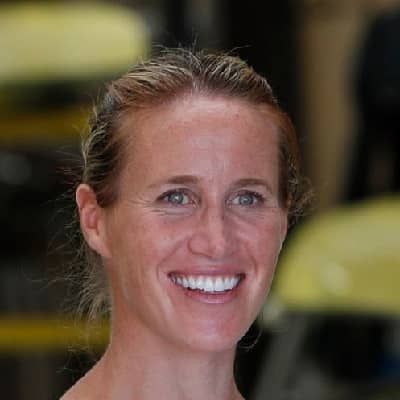 Helen Glover is a well-known British professional rower. Helen Glover, a member of the Great Britain Rowing Team, is well-known. She is also well-known for earning a gold medal at the 2012 Olympics.

Helen Glover was born on June 17, 1986, as Helen Rachel Mary Glover. In Truro, Cornwall, England, she entered this world. She is presently 35 years old and of British nationality. Similarly, she is a Christian and was born under the sign of Gemini.

Moving on to her family, she was born to her father, Jimmy Glover, and mother, Rachel Glover. Her father is a school teacher who also attended Oxford University. Her mother works as a physiotherapist at Guy’s Hospital. She was raised in Penzance by an athletic family. She has an elder brother named Benjamin, a younger twin brother named Nathan, and two younger sisters named Ruth and Freya.

As an athlete, she has a fit and healthy body, as seen by her physical measurements. In terms of height and weight, she stands 5 feet 10 inches (1.78 meters) tall and weighs around 70 kilograms. She also has a set of hazel eyes and lights brown hair.

Helen Glover started her rowing career in July 2008, after being accepted into the Sporting Giants program and allocated to the GB Rowing Team’s “Start” program. She resigned her teaching career in February 2010 to row with the Reading University eight, placing third in the Women’s Eights Head of the River Race. She finished second in the 2011 World Rowing Championships and first in the coxless pair event at the Great Britain Rowing Team Senior Trials at Eton-Dorney.

Helen won the women’s competition for “BBC’s Olympic Superstars 2012” in December. Then, on August 31, she and Polly Swann won the world championship in the women’s coxless pair at the 2013 World Rowing Championships in Chungju, South Korea. In September 2013, she was selected the International Rowing Federation’s Athlete of the Month by the World Rowing website.

Glover won her second global title on September 30, 2014, at the 2014 World Rowing Championships, which were held at the Bosbaan in the Netherlands. World Rowing recognized her as the world’s second-best female rower after 2014. She and Stanning won the World Cup III final in Poznan, Poland, in June 2016. They also won the Olympic final in Rio de Janeiro on August 12th.

She also won a European gold medal in the coxless pair in Varese, Italy, in 2021. The documentary “Helen Glover: Mother of All Comebacks” aired on BBC TV a few days before her first race in the Tokyo Olympics on July 19th.

Helen Glover’s Income And Net Worth

As a professional rower, she has earned a decent living. Her net worth is believed to be $1.7 million US dollars, according to internet sources.

Glover and TV naturalist Steve Backshall got engaged on September 16, 2015, after meeting at a Sport Relief event in 2014. On September 10, 2016, they married in Piskies Cove, West Cornwall.