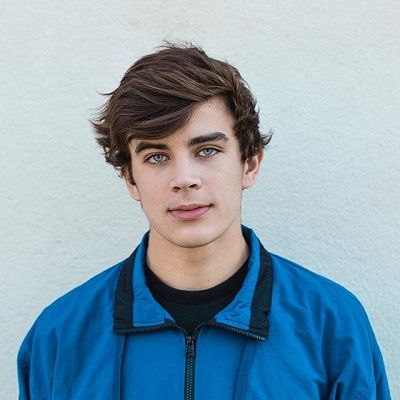 In addition, Will Grier, his older brother, is a quarterback for West Virginia University. Nash Grier, his younger brother, is a Vine celebrity and internet celebrity, and Hayes followed in his footsteps in 2013. Skylynn, his half-sister, was born outside of his mother Elizabeth’s marriage to her current husband John Floyd. Hayes received his education at the Davidson Day School in Davidson, North Carolina. Hayes also likes to play football and lacrosse.

Hayes rose to recognition as a member of the Magcon Boys and on the 6-second video app Vine when the group debuted in September of 2013. He has almost 5.6 million followers on Instagram, where he is very active. Hyes shared a video of his brother Nash on a rooftop, which was retweeted by Tiffiny Semashko, another Vine celebrity.

His and Nash’s success was aided by this publicity. He also joined DigiTour, which took him across the country to meet and perform for some of his most ardent fans. In 2014, he collaborated with his brother Nash and Cameron Dallas to develop a clothing line through Aeropostale.

Grier competed in the 21st season of “Dancing With The Stars” as a celebrity contestant, teaming with Emma Slater. He is the youngest male participant in the show’s history. Grier and Slater were eliminated on October 26 (Week 7) and placed eighth in the competition, with program co-host Tom Bergeron observing that he was “going on a night when he shone.”

Grier got a deal with Creative Artists Agency for media and publication exposure shortly after leaving the program, and announced that he will be joining the Dancing With The Stars Tour in early 2015. Hayes also has a Hulu TV show called Freakish season one and a reality program called Top Grier on the app go90.

Grier was also reported to have been involved in a dirt bike accident on July 28, 2016, and was taken to the hospital. He was freed two days later, on July 30, with multiple shattered bones. In November 2016, Grier published his first novel, ‘Hollywood Days with Hayes.’ In the same way, Verizon extended ‘Top Grier’ for two more seasons in 2017. As a result, the show concentrates upon the 17-year-old digital influencer’s life, as well as his family and friends.

Hayes hasn’t dated anyone in the public eye. He may have dated someone previously, but he has kept it a secret until now. He also has a reclusive disposition, thus his dating life has remained low-key and out of the spotlight. The young personality may also be hoping for the proper partner to enter his life and provide him with a lifetime of passion and love.

He hasn’t gotten involved in any rumors or controversies, either. Hayes is well aware of the needless rumors and scandals, and he has always avoided them without allowing them to negatively impact his personal or professional life. He has a guarded and bold attitude and is living a happy and successful life.

Hayes, who is young and talented, may be able to make a small fortune from his work. His net worth is estimated to be approximately $3 million. Furthermore, he does not possess a car but does own a dirt bike.

At the same time, the handsome Hayes has kept his body healthy and sexy. His fitness and diet regimes are unclear. He does, however, have a striking and appealing demeanor. He is 5 feet 9 inches tall and weighs approximately 70 kilograms. In addition, his chest, waist, and biceps dimensions are 37-30-14 inches. He walks in a size 10.5 shoe (US). He also has a pair of lovely blue eyes and brown hair.