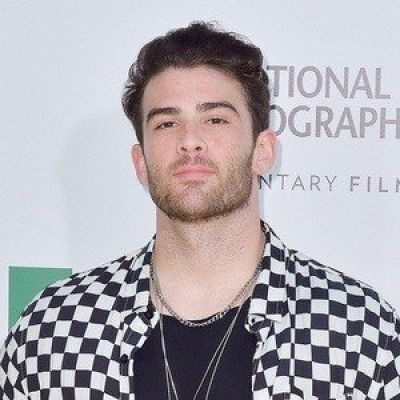 Hasan Piker is an American YouTube celebrity who is well known for hosting the YouTube channel series Pop-Crunch for The Young Turks. Hasan Piker began his career in advertisement in 2014 before becoming a full-time producer and then an on-air personality for the company. As an entertainment and political writer, he is often known for his “explainer” videos.

Hasan Piker was born on July 25, 1991, in New Brunswick, New Jersey, United States. He is 29 years old and was born under the Leo zodiac symbol. He is a citizen of the United States of America. He grew up in Istanbul, Turkey, as well. Piker can also communicate in three languages: Turkish, German, and English.

Hasan’s parents’ names and records are unavailable at this time. Similarly, no further details regarding other family members, such as siblings or others, is accessible. Hasan is a private citizen who prefers to keep his personal and family life private. And he doesn’t want to speak about them in public, preferring to respect their dignity.Hasan actually lives in Los Angeles, California, but visits relatives and friends in Istanbul and the New York metropolitan area.

Hasan Piker is a member of “The Young Turks,” a radical media group aimed at Millenials, where he has a variety of duties. Piker is in charge of creating, recording, and co-hosting “Pop Crunch on Pop Trigger,” a regular show that offers updates on current pop culture and political activities. The Young Turks’ Network has grown its Youtube viewer base by 4% since the premiere of Hasan’s Pop-Crunch season, and now receives 50% more viewers on average than the rest of the platform.

Hasan Piker also creates original material for The Young Turks’ social networking sites as well as his own Facebook profile. As the first salesperson at The Young Turks, he laid the groundwork for the whole marketing and sales service process, and he is still in charge of optimizing TYT’s material. The Young Turks (TYT) is an American news and opinion program that is radical and left-wing. It is the TYT Network’s YouTube channel that acts as the network’s flagship, a multi-channel network centered on news and current affairs.

Furthermore, the YouTube channel’s advocacy for social inclusion and egalitarianism, mostly in contrast to social hierarchy, is a product of its left-wing news or politics. This channel was founded by Cenk Uygur, Ben Mankiewicz, and Dave Koller. TYT is currently co-hosted by Uygur, Ana Kasparian, and John Iadarola. They are often accompanied by many in-studio commentators who carry on analysis on a variety of news topics.The Young Turks are a group of young people who live in Turkey

Hasan also has his own YouTube channel, which he runs in his own name. He started this channel on June 16, 2015, and it currently has 15,548,743 views. On his YouTube page, he posts videos about politics and current events around the globe. Despite the fact that the site has been around for a long time, he finally started uploading videos in 2018. WHY I’M LEAVING POLITICS TO JOIN TEAM 10 is the first video on his page. This video was published on January 25, 2018, and it has received over 12K views to date.

Hasan is also a strong member of certain Muslim groups. Muslims For Progressive Values, March For Our Lives, and Black Lives Matter are only a few of the groups in whom he has collaborated. Piker is an outspoken advocate for social and economic rights. He is also a supporter of LGBTQ+ freedom, Muslim rights, pro-peace campaigns, gun regulation, intersectional feminism, and clean energy initiatives.

During a Twitch stream in August 2019, Hasan Piker chastised Congressman Dan Crenshaw. Piker spoke out on his continuing aversion to sending weapons to Saudi Arabia in the US House of Representatives. He was perplexed as to why Crenshaw would be opposed, given that he had lost an eye while serving. This subject became a point of contention for him.

Hasan Piker is most likely single right now. He is more concerned about his work than with being in some kind of intimate partnership. Perhaps he prefers to hold his sex life quiet and out of the spotlight. However, when it comes to his previous lovers and partners, he had a loving friendship with Janice Griffith. She works as a pornographer. Hasan Piker has even used his ex-girlfriend in several of his YouTube posts.

Hasan is 6 foot 3 inches tall and weighs 70 kilograms. His other body dimensions are 38-33-36 inches for his chest, waist, and hips, respectively. He also has a masculine body with a very attractive and attractive profile. In addition, he has long brown hair and dark brown skin.

Hasan Piker maintains a high level of activity in all of his social media pages. On Instagram, he has 382K fans, and on YouTube, he has 176K subscribers. On Twitter, he has 329.5K subscribers, and on Facebook, he has 568.9K. Furthermore, Piker is popular on Twitch, where he has 471.1K fans. Every day, Piker broadcasts on Twitch.

In terms of revenue and profits, he has a net worth of $1M-$5M, according to trendcelebsnow. His primary source of revenue is from his work as a journalist and YouTuber.