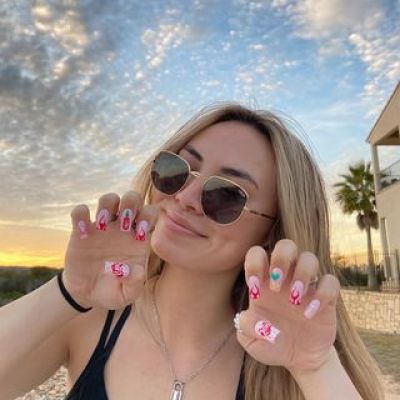 Haley Pham is a YouTuber and vlogger from the United States who is best known for her own YouTube channel. Haley Pham launched her YouTube channel at a young age and quickly gained a large following.

Who is Haley Pham? Haley was born in Austin, Texas, on December 5, 2000. She is now 19 years old and was born under the sign of Sagittarius. Her mother was Haley’s primary caregiver. Her parents’ names are never revealed, but she refers to her mother as “Mommy Pham” on YouTube. She hasn’t said much about her professional history. Based on her background, She might be a high school graduate.

Haley Pham started her YouTube channel when she was nine years old, in 2010. Her channel is primarily focused on beauty and fashion. Unlike other beauty YouTubers and vloggers, Pham rarely posts videos of make-up and beauty items. Videos of her personal experiences are also available.

In one video, Pham agreed to donate her entire head of hair to a good cause. She filmed the entire process of having her hair cut in this video, and she also asked her fans to donate their hair to a good cause. She then followed up with another video in which she explained the different hairstyles she would wear with her freshly cut short hair. She showed how to achieve a straight and wavy hairstyle in this video.

Pham’s YouTube channel is known for not only her beauty updates but also for her coverage of lifestyle issues. She spoke about her breakup with her boyfriend in one of the videos. She also shared a video on August 2, 2016, in which she discussed her first year. Here, she is seen narrating the whole incident in a dramatic manner, as well as mentioning how it ruined her expensive clothing. Her fans have added their two cents to the story in the comments section.

Her channel also has some serious content, such as the video “Harassed by a crazy psychopath,” in which she describes being stalked by a stranger. She also has some amusing entries, such as ‘Idiot Geometry Teacher Insults Me,’ ‘The Time I Nearly Pooped On Stage,’ ‘Getting Burned and Peeing Myself Backstage,’ and ‘Embarrassing High School Stories.’

“Testing stripper life hacks for shaving my bikini line” is one of the channel’s most popular videos. It was published on February 1, 2018, and has received a total of 10,179,492 views.

In addition, on September 23, 2014, she launched her second channel, Haley Pham Vlogs. She documents her life in her vlog, which she uploads to the channel. Her blog posts are about travel, apartment decor, car vlogs, hauls, and other teen-related topics.

Who is Haley Pham’s Boyfriend? Haley Pham is currently dating Ryan Trahan, another YouTuber. The romantic pair is in a happy relationship. And there’s no indication that they’ll ever be split. She hasn’t said much about his previous relationship until now.

She also has a YouTube channel called The Traphamily, which she co-founded with her boyfriend. They joined on August 4, 2019 and share insightful material in their duo videos.