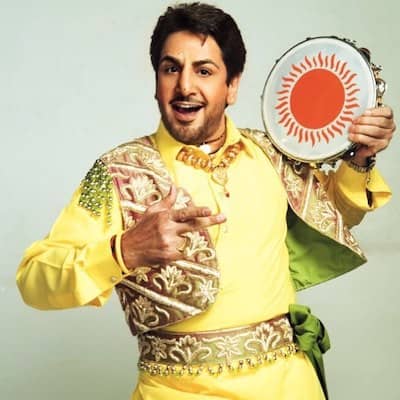 Gurdas Maan is an Indian musician, songwriter, actor, and playback singer. Gurdas Maan is most known for his work in the Punjabi music industry. In Punjab and other bordering states, he is also well-known.

Gurdas Maan was born on January 4th, 1957, and celebrates his birthday every year on that date. The singer was born in Muktsar, Punjab, India, in the village of Giddarbaha. Similarly, the singer is currently 64 years old. Furthermore, he is of Indian descent and was born under the sign of Capricorn.

Gurdas Maan has been tight-lipped about his early education and academics. After that, he moved to Patiala’s Yadavindra Public School. He went on to get a master’s degree in physical education later on. He also completed a sports coaching diploma program at the Netaji Subhas National Institute of Sports. He is also unquestionably well-educated. Gurdas has established himself as one of Punjabi music’s most successful performers.

Gurdas Maan began singing at a young age. At events and shows, he would frequently perform songs. An official present at one of his singing gigs offered him a job on the electrical board. Gurdas Maan eventually accepted the job offer and began working for the power board.

In addition, in 1980, he received an invitation from a producer to sing a song. In DD National, he performed the song Dil Da Mamla Hai. Gurdas Maan, a well-known Punjabi folk singer, is well-known in the Punjabi cinema industry for his work. The vocalist took Punjabi music to new heights and established new benchmarks for newbies and rising musicians in the business. His tunes are loved and listened to by people all around the world.

In addition to music, the artist has produced and appeared in a number of films. He has appeared in films such as Waris Shah-Ishq Da Waaris, Shaeed-e-Mohabbat, Des Hoya Pardes, and others. Furthermore, his works and melodies, which he sang in conjunction with a variety of musicians, have left an indelible impression on the public. At Coke Studio, he and Diljit Dosanjh sang the song Ki banu Duniya Da. In the Punjabi music industry, Diljit is an equally accomplished and well-known artist.

the state of  his relationship

Gurdas Maan is a husband and father. He has a wife named Manjeet Maan. Gurrick Maan is the name of the couple’s son.

Gurdas Maan has gotten himself into a lot of trouble in the past. He suffered a lot of controversy in 2005 for singing a movie song instead of a religious song at a religious function. Similarly, in 2011, he released an album titled Jogiya. One of the album’s songs, which supported Derawad, sparked a debate among the Sikh community.