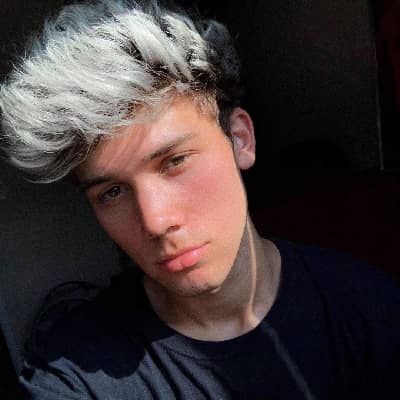 Grant Knoche is a well-known American singer, television personality, and YouTuber. Grant Knoche is best known as a member of the musical ensemble Kidz Bop Kids. In addition, in August 2017, he released his debut single “Downpour.”

On August 23, 2002, Grant Knoche was born. He is originally from Dallas, Texas, in the United States. He is currently 18 years old, and his zodiac sign is Virgo. Furthermore, Sean, his father, is a guitarist, and Hunter, his brother, is the lead drummer in the popular band ‘Fly Away Hero.’ Likewise, his mother, Andrea Knoche, is the Vice President of a Mortgage Processing Company.

In addition, he graduated from high school early in 2019 by passing the California High School Proficiency Examination. He has also been dancing since he was seven years old. Hip-hop is his favorite dance style. Knoche also hopes to one day develop his own brand of hip-hop clothing.

He also likes dogs and has three of them as pets: Stogie, Max, and Priscilla. He is excellent at playing the piano, which he learned on YouTube. His musical influences include Adele, Florence & the Machine, and Sam Smith. Knoche enjoys eating crab legs. In fact, it’s a family custom for him to consume them on New Year’s Eve.

This multi-talented individual has kept his body in good shape. Grant stands 5 feet 9 inches tall and weighs roughly 67 kg. Knoche’s eyes are dark brown, while her hair is light brown. He also has a strong jawline, prominent cheekbones, and a well-toned muscular frame.

Grant Knoche is a former Kidz Bop member who appeared on nine different copies of the record. He played Liam on Nickelodeon’s Nicky, Ricky, Dicky, and Dawn, and he has also been on the Brat series Chicken Girls and Total Eclipse.

Knoche began his career as a YouTuber on October 15, 2013, when he opened his self-titled channel. He started posting covers of popular singers’ songs and was finally approached by Kidz Bop Kids. He has been writing music for the group ever since. Knoche has also performed at many venues and concerts in the United States.

In 2017, he released his debut single, “Downpour,” which became a smash. He has also appeared in the Nickelodeon show ‘Nicky, Ricky, Dicky, and Dawn.’

Knoche not only uploads his musical stuff on YouTube, but he also shares other amazing films with his followers. These include things like challenges, vlogs, and Q&As. ‘Boyfriend – Justin Bieber (Cover by Grant from KIDZ BOP)’ and ‘Boy Squad – Vidcon – Verizon Performance’ are two covers you should not miss watching on his channel.

Similarly, Knoche performed on the Summer Jam tour, which was headed by pop artist Aaron Carter, in the summer of 2017. In the same year, he began appearing on the Go90 network with his dance group Boy Squad, which was taught by choreographer Matt Steffanina. In addition, in 2019, he published the song “Emotions.”

Grant Knoche has rarely spoken publicly about his personal life, making it difficult to learn much about his dating past. He does, however, have plenty of time to find his true love and a great match for himself. He’s kept his romantic life low-key and private. It’s only a matter of time before he opens the book on his love life. He is currently focusing on his career and working extremely hard.

Knoche is a multi-talented individual who has built a name and a reputation for himself. He will almost certainly make a decent living from his singing, dancing, and social media careers. However, his net worth is reported to be between $1 million and $5 million.

Grant Knoche is active on various social media platforms. His Instagram account, ‘@grantknoche,’ has over 256K followers. He is also on Twitter, where he goes by the handle ‘@GrantCKnoche’ and has over 8K followers. His YouTube account, which bears his name, has almost 33K subscribers. Similarly, he is well-known on TikTok, where he has over 641.5K followers and 15.8 million likes.