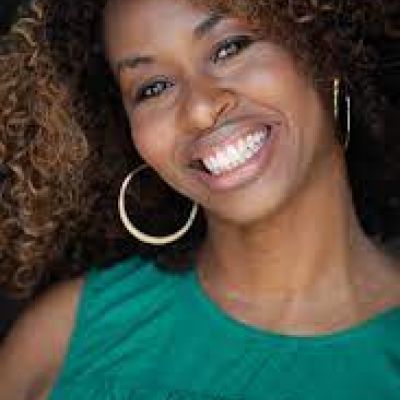 GloZell Green is a 48-year-old actress who was born on July 30, 1972. Her zodiac sign is Leo, and she is from Orlando, Florida. GloZell Lyneette Simon (née Green) is also her full name. In addition, she is known as GloZell Green or literally GloZell. GloZell then relocated to Los Angeles, California, and became a part of The Groundlings, a sketch comedy troupe.

GloZell’s parents are Gloria and Ozell Green, who are her mother and father respectively. Her given name is a combination of her parents’ surnames. GloZell also has a sibling called DeOnzell, who is an opera singer. GloZell earned her bachelor’s degree in musical theatre from the University of Florida in 1997.

GloZell Green is a YouTube celebrity, artist, actor, and comic who works in the entertainment industry. In the year 2008, she started her YouTube channel. She began by posting videos of interviews, a comedic sketch about her life, impersonating actors, and song parodies.

Her Youtube channel had more than four million viewers and over 700 million combined views by 2015. Similarly, one of GloZell’s most famous videos is her cinnamon challenge. It has been viewed over 53 million times. Similarly, in 2012, The Guardian’s Viral Video Chart included this cinnamon challenge video.

GloZell was also included in Todrick Hall’s iconic video Beauty and the Beat the same year. With over 25 million views, another famous video is “My Push Up Bra Will Help Me Get My Guy.” GloZell has gained notoriety after her blog about meeting Elijah Wood was reported. During a 2011 interview on Jimmy Kimmel Live!, the actor himself discussed it.

GloZell then made an appearance in the web series Dr. Fubalous in 2012. GloZell collaborated on this web series with Danny Trejo, Flavor Flav, and fellow YouTube stars Antoine Dodson and Colleen Ballinger.On January 22, 2015, GloZell conducted an interview with President Barack Obama. It was for a White House-hosted YouTube live stream. Bethany Mota and Hank Green, both YouTubers, were also present for the interview.

GloZell discussed racial discrimination and officer-involved shootings, as well as ties with Cuba and cybersecurity, in this interview. She then handed Obama green lipstick to present to the first lady and their children at the end of the interview. GloZell, on the other hand, misspoke and replied, “One for your first wife…”, eliciting laughter from the crowd.

She has also conducted an interview with Hillary Clinton. And, in 2018, she had a brief part in Ralph Breaks the Internet as Little Debbie. She’s also known for her roles in Trolls, Escape the Night, and The Wedding Ringer.

GloZell Green has debuted as a singer in 2013 with the release of her first iTunes track, Pick Up After Your Dog. At the 2016 Streamy Awards, she also received the Lifestyle category. GloZell cites comedian Jay Leno as a major influence from whom she has learnt a great deal. She then began a forum, which included interviews with other people who had seen Leno’s shows.

GloZell also done standup shows in a variety of improv venues in addition to YouTube. She has also featured in a number of television programs. The Comedy Store, The Improv, the Laugh Factory, Showtime at the Apollo, Steve Harvey Talent Show, and J. Anthony Brown’s J Spot Comedy Club are only a few of the venues where GloZell has presented her stand-up act.

Furthermore, GloZell only released two songs in 2013. She is also a published author and has written many novels. Are You Okay?, an autobiography, is one of them. In the year 2016, she wrote it. Furthermore, GloZell collaborated with Nils Parker on this novel. GloZell is also acquainted with Colleen Ballinger and Frankie Grande alias FrankGloCo, all of whom are Youtubers. She also presents the “Glowing Up” podcast.

GloZell Green was married from 2000 to 2003, but she has not disclosed her ex-identity. husband’s In her autobiography Is You Okay?, GloZell discussed her friendship with her ex-husband and their divorce.

GloZell later married Kevin Simon, her producer and partner, on August 9, 2013. They reside in the city of Los Angeles. Similarly, on August 4, 2016, the couple welcomed their first child via surrogate. O’Zell Gloriana De Green Simon was their daughter’s name. Shawna Johnson is also the surrogate mother’s name.

Unfortunately, GloZell and Kevin Simon seem to be divorced, as she describes herself as a “single mum” in her Instagram profile. GloZell still has a boyfriend, as shown by the fact that she has exchanged some pictures with him. Augustus Golden, the owner and trained manager of Golden Detective Agency, is his name.

GloZell Green sits at a height of around 1.78 meters (5 foot 10 inches) long. In a YouTube video, she detailed her weight-loss path. GloZell spoke about how she lost a lot of weight in a short period of time. “I’m searching for opportunities to firm and tone up because I dropped over 75 pounds!” she told her fans. “Don’t I seem to be in fine shape?” and it was in the year 2018. GloZell, likewise, has dark brown eyes and dark brown curly hair.

GloZell Green entered Twitter in June 2009 and now has 635.8K fans on her @GloZell account. She’s already on Instagram, where she goes by the handle @glozell. At the time of writing this biography, this account had 3,816 articles and over 1.3 million fans.

GloZell has started her official Facebook page on April 7, 2010, and has over 846.9k people following her journey so far. She has a Vine account as well. On January 27, 2008, GloZell Green launched her self-titled Youtube channel. This channel has amassed over 861.9 million views and 4.67 million subscribers since its inception.

Moving forward, GloZell Green is estimated to have a net worth of about $2 million dollars. Her YouTube channel alone is valued at $98,000. GloZell, on the other hand, has released over 2,350 videos totaling over 861.9 million views. Furthermore, GloZell Green produces 4 new videos on average every month, resulting in 56.1k daily video views.