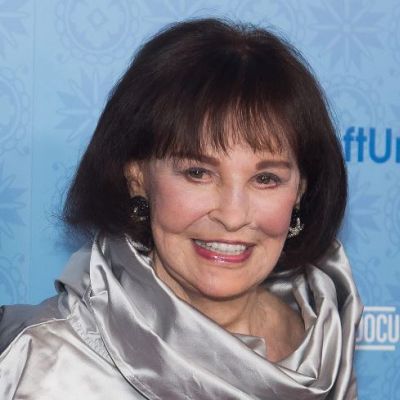 Gloria Vanderbilt was well known as an author, fashion designer, socialite, artist, actress, and heiress from the United States.

Gloria Vanderbilt was born on February 20, 1924. She was the daughter of Reginald Claypoole Vanderbilt and Gloria Morgan. Vanderbilt was the only child of her father’s previous marriage, but she had a half-sibling. Cathleen Vanderbilt was her given name. Manhattan, New York City, was her birthplace.

She went to several schools. She first attended the Greenvale School on Long Island before enrolling in Miss Porter’s School in Farmington, Connecticut. Later in life, she enrolled at the Wheeler School in Providence, Rhode Island. She then developed her artistic talent at New York City’s Art School League.

Vanderbilt began her career by designing linens, glassware, and pottery. She appeared on The Dick Powell Show, Studio One in Hollywood, Playhouse 90, and numerous other television shows as an actress.

Gloria was once a top international fashion model. She eventually became a fashion designer. Her first art show was held in 2001. The following two were in 2007 and 2009 when she was a panelist at the Arts Center’s Annual Fall Show Exhibition. Vanderbilt has written three novels and four volumes of memoirs.

Gloria Vanderbilt was recognized as an artist and designer for over three decades. In addition, she was inducted into the Fashion Hall of Fame. She is a best-selling author as well.

Pat DiCicco, her first husband, was not only an actor’s agent but also an alleged member of a criminal organization. They divorced in 1945 because he was abusive. They did not have a child while they were together. She married a conductor named Leopold Stokowski a few weeks after her divorce, in April 1045. Leopold Stanislaus and Christopher Stokowski were the couple’s two sons. In October 1955, they divorced.

Vanderbilt later married Sidney Lumet, a director, on August 28th, 1956. Their marriage ended in divorce in August 1963, with no children. On December 24, the same year as their divorce, she married for the final time to an author named Wyatt Emory Cooper. They were fortunate to have two sons, Carter Vanderbilt Cooper and Anderson Hays Cooper. The former committed suicide in 1988, while the latter works as a CNN news anchor. Wyatt’s death in 1978 brought an end to their 15-year marriage.

She was in a relationship with Gordon Parks, a filmmaker, and photographer, until 2006. They remained together until his death in the preceding year. She has also dated Marlon Brando, Howard Hughes, Frank Sinatra, and Roald Dahl.

Gloria Vanderbilt’s Salary and Net Worth

Gloria Vanderbilt’s net worth was estimated to be around $220 million as of September 2022. First and foremost, she was the heiress of the American railroad dynasty. Her trust fund was worth $5 million in the 1930s, which is a relatively high equivalence today. Gloria worked as a fashion designer for over thirty years. Aside from that, she had a line of perfumes, clothing, shoes, sheets, and accessories.