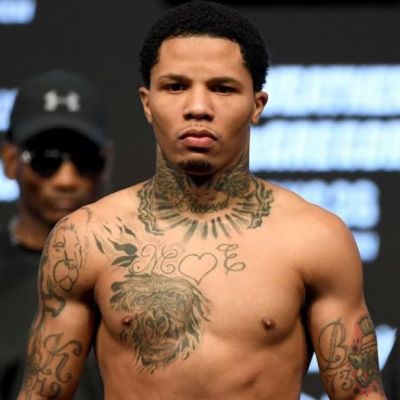 Gervonta Davis is a professional boxer from the United States. His knockout-to-win percentage is 95.5 percent.

Since he was five years old, he has been training at the Upton Boxing Center. Calvin Ford, the inspiration for the character Dennis “Cutty” Wise on the famous hit HBO television series The Wire, trains him. He had a very successful amateur career in which he won numerous national championships.

He is originally from the Sand Town-Winchester community in West Baltimore, which is also one of the city’s most crime-ridden areas. He also attended Digital Harbor High School, a local magnet school, but dropped out to focus on his career, for which he later earned his secondary diploma through a GED program.

On November 15, 2016, ESPN announced that he would defend his IBF super featherweight title against an undefeated fighter named José Pedraza (22-0, 12 KOs) on Showtime on January 14, 2017, at the Barclays Center in Brooklyn. The fight would then take place as an undercard to the fight between James Degale and Badou Jack for the super middleweight world title unification.

The IBF also granted Pedraza a waiver to fight Davis because he had a mandatory fight against British boxer Liam Walsh on the horizon. Mayweather Promotions matchmakers attempted to make a deal for Davis to fight titleholder Jason Sosa before the fight was announced. He then knocked out Pedraza in the seventh round to win the IBF super featherweight title.

Following the fight, he stated that in order to remain composed, he had studied the early career of his mentor, Floyd Mayweather Jr. He also stated that he had a lot of experience, but he learned how to maintain his cool.’

In November of 2018, he announced that he would defend his WBA title in February 2019 in Southern California against former three-weight world champion Abner Mares (31-3-1, 15 KOs). Mayweather first teased the fight on social media in August 2018, but there was no mention of a date or venue. Mares moved up from featherweight for the fight, having lost his previous fight in June 2018 to Léo Santa Cruz.

When their fight was announced, there was a lot of talk about Mares being “thrown to the wolves” and having no chance against Davis. After that, Mares hit back at critics, explaining that it was his decision to gain weight and test himself. On December 14, the fight was confirmed to take place on Showtime on February 9, 2019, at the Pechanga Arena in San Diego.

Gervonta had his first fight on February 22, 2013, at the age of 18, against Desi Williams, who had a professional record of no wins and four losses, all by stoppage. Their fight took place on the undercard of the IBF junior welterweight fight between Lamont Peterson and Kendall Holt at the D.C. Armory in Washington, D.C. He also won the fight by knockout in the first round.

Gervonta Davis’s Salary and Net Worth

Gervonta’s total net worth is estimated to be around $3 million as of July 2022, thanks to his exceptional boxing abilities. He has competed in a number of boxing competitions and tournaments, winning several awards and prize money. He was also sponsored by a number of companies and had several endorsement deals.