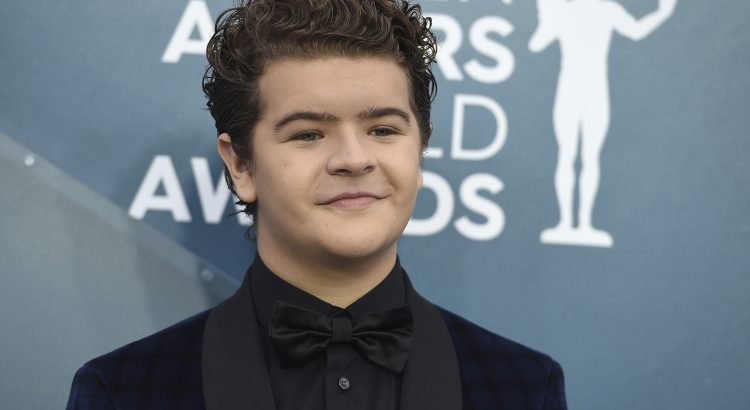 Gaten Matarazzo is a young American actor best known for his performance as Dustin in the Netflix series “Stranger Things.” Gaten Matarazzo began working in the entertainment business at an early age and has since played a number of notable roles in theater and television shows.

Gaten Matarazzo is an 18-year-old actor who was born on September 8, 2002. He was born in Connecticut and grew up in Little Egg Harbor, New Jersey. Gaten has an older sister called Sabrina and a younger brother called Carmen in his family. His brothers have also been in ads on television. Heather Matarazzo is his mother, and Gaetano Matarazzo is his father. In addition, he has Italian, Hungarian, English, Finnish, and Scottish ancestors.

Gaten attended Pinelands Regional High School in Tuckerton, New Jersey, for his secondary education. Gaten was active in the performing arts as a kid, particularly singing. He went to Starlight Performing Arts Center in New Jersey for voice training. Then, in 2011, he participated in the Starpower Talent Competition Nationals in Uncasville, Connecticut, and earned third place with his vocal solo, Ben.

Gaten was born with a condition known as cleidocranial dysplasia (CCD). It’s an uncommon genetic disorder that led him to be born without collar bones and damaged his face bones, skull, and tooth development. His situation, according to Gaten, is minor. The requirement was put into the screenplay after he was cast.

Dustin, portrayed by Gaten, explains his condition to a school bully who mocks him about his teeth and then asks him to “do the shoulder thing” in the premiere episode of Stranger Things. Dustin complies, pulling his shoulders together in front of his chest, a feat made possible by his absence of collarbones.

Gaten has also been candid about his illness. He even videotaped one of his procedures, in which he had 14 extra teeth extracted. He announced it on his Instagram account. Gaten, too, wears dentures and is a vegetarian.

Gaten Matarazzo is a rising star in the acting world. He is best known for his role as Dustin Henderson in the Netflix smash science-fiction drama Stranger Things. Gaten has also been on Broadway in Priscilla and Les Misérables. Gaten started his Broadway career in 2011 as Benjamin in Priscilla, Queen of the Desert, then in 2012 as Gavroche in Les Misérables. In Stranger Things, he regularly appears with Millie Bobby Brown.

Gaten has also been nominated for a number of accolades. Among them are two Screen Actors Guild Awards for “Outstanding Performance by an Ensemble in a Drama Series” in 2017 and the 2017 Shorty Awards for “Best Actor.” Moving ahead, Gaten’s net worth is estimated to be about $4 million dollars.

Philanthropy is a kind of giving.

Gaten Matarazzo utilizes his position to promote CCD awareness and generate funds for CCD Smiles. It is a non-profit organization that assists persons with CCD in covering the expense of dental operations. He’s also created a T-shirt business, with all revenues going to CCD Smiles.Gaten Matarazzo uses social media to inform his fans about CCD Smiles and to promote events in which he will participate. His sister also began a Facebook campaign to gather money for the group in November 2017. He has also worked as a spokesperson for Verizon FiOS since 2017.

On March 4, 2018, Gaten Matarazzo started dating Lizzy Yu. The couple just celebrated their second wedding anniversary. Lizzy, too, is a social media sensation. She was a member of the Pinelands Thespians, a team that won a theatre competition at Montclair State University. The couple routinely posts about one other on their individual social media pages.

Gaten Matarazzo is 5 feet 5 inches tall and weighs roughly 59 kg. Other than that, there is no information on his other physical measurements, such as his chest, waist, and hip measurements, biceps, and so on. Gaten has blue eyes and wavy brown hair, as well.