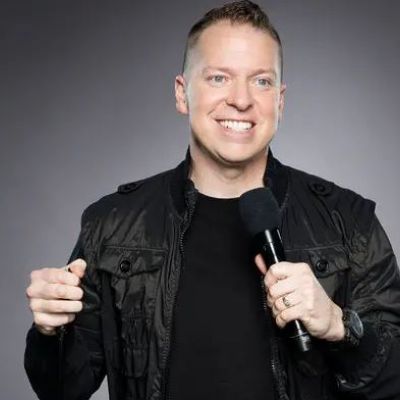 Gary Owen is a well-known American stand-up comedian and actor. He is best known as the host of the Black Entertainment Television network’s stand-up comedy show ‘Comic View.’ He has appeared in films such as Daddy Day Care, College, Love Chronicles, House of Payne, Rebound, and Hillbilly Highway.

Gary Owen was born on July 16, 1974, in Cincinnati, Ohio, to Gary Owens and Barb Randall. He spent his childhood in an Oxford trailer park with his six siblings. Owen developed an early interest in comedy and aspired to be a comedian.

Gary Owen began his career as a stand-up comic. While performing stand-up comedy in San Diego, he amassed a sizable following of African-Americans. His first performance was at the ‘The Comedy Store,’ a comedy club in West Hollywood, California.

Owen auditioned for the stand-up comedy show ‘Comic View,’ which debuted on the BET network in 1997. While only appearing twice on the multicultural comedy showcase, he won his own one-hour Grandstand show. By the end of the season, he had been chosen as the show’s host. He has two stand-up comedy DVDs to his credit: ‘Breakin’ Out The Park’ and ‘Urban Legend.’

Kenya Duke married him in 2003. They have a daughter named Kennedy and two sons named Austin and Emilio. He has a very happy married life and has never been involved in any controversies or rumors that could jeopardize his personal or professional life.

While performing stand-up comedy, Gary Owen was named the ‘Funniest Serviceman In America.’ He also won the competition for ‘Funniest Black Comedian in San Diego.’ Among the four ‘Grandstanders of the Year,’ Owen was chosen to host the stand-up comedy show ‘Comic View.’ He is the first and only white man to host the comedy series ‘Comic View.’ He was a featured performer in Martin Lawrence’s ‘1st Amendment Stand-Up,’ which aired on the Starz network.

Gary Owen’s Salary and Net Worth

Gary Owen’s net worth is estimated to be more than $4 million as of July 2022. He amassed his fortune as a successful stand-up comedian and actor in numerous films and television shows. He has also appeared at a number of high-profile events, including Shaquille O’Neal’s ‘All-Star Comedy Jam tour. He has also produced two commercially successful stand-up comedy DVDs, both of which are available nationwide.