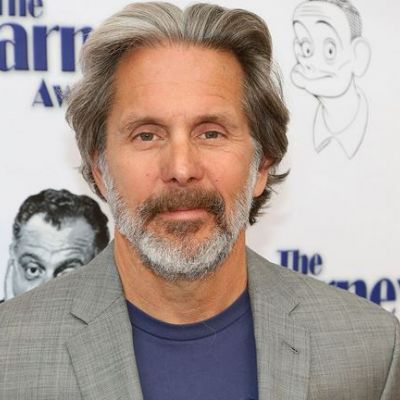 Gary Cole is a voice artist and actor from the USA. He is known for lending his voice to the title character on Adult Swim.

Gary Cole was born in Chicago, Illinois on September 20, 1956, and grew up in Rolling Meadows, Illinois. His father, Robert, was a finance director, and his mother, Margaret, was a school, administrative assistant. Gary is the family’s second child, and he has an older sister named Nancy. Gary attended Rolling Meadows High School and began acting while there. He then went on to study theatre at Illinois State University.

Cole began his professional career as a stage actor in Chicago in 1983, and he rejoined the Steppenwolf Theatre Company in 1985. Gary first appeared in the series Fatal Vision as a charged Army triple-murderer Captain named Jeffery MacDonald.

Gary has appeared in numerous off-Broadway productions in New York City and has provided voice work for various animations such as Family Guy and Harvey Birdman. He also had a recurring role as Vice President Bob Russell in the drama series The West Wing. Gary has also appeared as Captain Mathew Gideon on the short-lived Babylon 5 and has had notable guest appearances on Law & Order: Special Victims Unit and Arrested Development.

Gary Cole also appeared as Joe Maxwell on DCOM Cadet Kelly and as astronaut Edgar Mitchell in HBO’s Project Apollo: From the Earth to the Moon. In 1991, he played General Custer in the critically acclaimed film Son of the Morning Star, which was one of his most prominent character roles.

Gary Cole rose to prominence on television between 1988 and 1991 when he portrayed Jack Killian in the Midnight Caller series. In 1999, he played the sadistic office supervisor Bill Lumbergh in the film Office Space.

Gary played Mike Brady in the 1995 film Brady Bunch Movie, as well as The Brady Bunch in the White House in 2002.

Gary Cole has also played Katherine Mayfair’s ex-husband on Desperate Housewives and, most recently, Ted Jones, the most dangerous drug dealer in Pineapple Express, alongside James Franco and Seth Rogen. Cole also appeared as S.W.A.T. commander Cameron Luntz in an episode of Psych during the third season.

Gary Cole appeared on Chuck in 2008, playing Sarah’s con artist father. He also appeared as an old friend of Ari Gold in the fifth season of HBO’s Entourage.

Gary Cole began a recurring role on the television show Suits in 2013, starring Cameron Dennis, who was one of the main characters and also Harvey Specter’s former mentor.

Gary Cole has received numerous awards and nominations throughout his career, and he was nominated for the Screen Actors Guild Award alongside his fellow cast members. They were recognized for their outstanding performance. They were eventually awarded the award in 2017.

Gary Cole was a married man who married Teddi Siddall, an actress, on March 8, 1992. The couple has one daughter, Mary, who is pursuing a career in acting. On June 19, 2017, the couple filed for divorce. Teddi Siddall died on February 4, 2018, and the cause of death is still unknown.

Gary Cole’s Salary and Net Worth

Gary Cole’s net worth is estimated to be more than $5 million as of September 2022. He makes the majority of his money from his lucrative acting career, as well as public appearances and monetizing himself on social media platforms. We do not have information about his assets, such as cars and houses; however, his vast net worth suggests that he lives a lavish lifestyle.