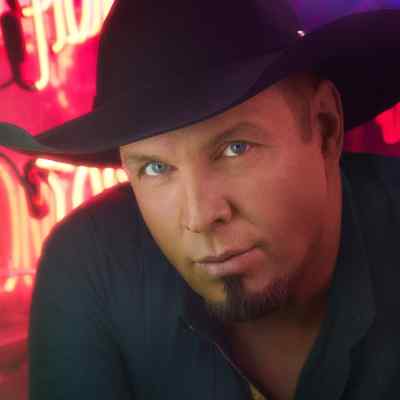 Garth Brooks was born in Tulsa, Oklahoma, the USA on February 7, 1962. He is 60 years old and born under the sign of Aquarius. His full name is Troyal Garth Brooks, and he is of American descent.

Troyal Raymond Brooks Jr. is his father, and Colleen McElroy Carroll is his mother. Garth’s father was an oil company draftsman, and his mother was a 1950s-era country singer who recorded for Capitol Records and appeared on Ozark Jubilee. Similarly, he has one sibling named Kelly. He also has four half-siblings, whose names are Jim, Jerry, Mike, and Betsy.

Furthermore, as a child, Garth Brooks frequently sang in casual family settings, but his primary focus was athletics. In high school, he was able to play football, baseball, and track and field. He was also awarded a track scholarship to Oklahoma State University in Stillwater, where he competed in the javelin. Brooks formed his own band, Santa Fe while working nights as a bouncer at a local bar and learning to play whatever the college audience wanted. He earned a bachelor’s degree in advertising in 1984.

Garth Brooks stands 6 feet 1 inch tall and weighs 82 kg, but his other body measurements are still being determined. Brooks also has brown hair and grey eyes.

Garth Brooks began his professional music career in 1985, singing and playing the guitar in Oklahoma clubs and bars, most notably at Wild Willie’s Saloon in Stillwater. And, while he enjoyed some country music, his favourite genre was rock. However, after hearing “Unwound” in 1981, he decided that he preferred playing country music. Finally, in 1985, entertainment lawyer Rod Phelps drove from Dallas to hear Brooks, and he liked what he heard and offered to produce the first demo.

Garth’s debut album, eponymous, was released in 1989 and was a chart success. The majority of the album was traditionalist country, influenced in part by George Strait. The following year, he released his second album, which spent 23 weeks at the top of the Billboard Top Country Albums chart. This album eventually became his best-seller. Soon after, he released his third album, which was also a huge success. The musical content of this album was a mash-up of country-pop and honky-tonk. Similarly, Garth became the first country artist to have three albums chart in the top 20 of the Billboard 200 in the same week. Throughout his career, he released numerous other albums and singles.

Similarly, his first world tour began in 1993, with many domestic concerts before arriving in the United Kingdom. And, unlike any other American country music artist, he has sold out venues such as Birmingham’s National Exhibition Centre and London’s Wembley Arena. He even launched Country 1035, a London radio station. Garth even expanded his World Tour to other parts of Europe, as well as Brazil, Australia, and New Zealand. Furthermore, after the release of “Fresh Horses,” he embarked on his second world tour. Furthermore, the tour’s total attendance of approximately 5.5 million places it third all-time in concert attendance, and its gross of more than $105 million places it among the highest-grossing concert tours of the 1990s.

In the year 1999, Garth Brooks took on the persona of “Chris Gaines,” a fictitious rock-and-roll musician and character for the upcoming film The Lamb. He even played Gaines in a television mockumentary for VH1’s Behind the Music, and he was the musical guest on an episode of Saturday Night Live, which he also hosted. His rock-and-roll music, on the other hand, did not do well and did not impress the audience.

Furthermore, as his career progressed, Garth appeared to be frustrated by the conflicts between his career and family. He mentioned retiring from performing in 1992 and again in 1995, but each time he returned to touring. Then, on October 26, 2000, he announced his official retirement from recording and performing. “Scarecrow,” his final album before retirement, did not sell as well as Brooks’ previous albums, but it still charted at No. 1 on the Billboard 200 and Top Country Albums charts.

Then, in 2005, he expressed interest in returning to live performances but remained steadfast in his commitment to not releasing new music until 2014. Similarly, in November 2005, he and Walmart released an updated “The Limited Series” compilation. It’s a box set that includes reissues of Brooks’ albums. Early in 2005, he was able to take a brief break from retirement to perform in a number of benefit concerts. Furthermore, even after his retirement, he was constantly re-recording and re-issuing his music and entertaining his audiences. He was even performing in the shows.

Garth Brooks also launched a streaming channel on Sirius XM Radio after years of royalty disputes and opposition to online music streaming. He even agreed to let Amazon Music stream his entire catalogue.

In the year 2018, Garth Brooks released a new single, “All Day Long,” the first single from his 2020 album, Fun. The following year, he announced his Stadium Tour. This tour would take Brooks to thirty North American stadiums and showcase him in a football-centric setting. He did, however, release singles the following year. Even during the COVID-19 pandemic, Brooks and his wife Trisha Yearwood performed an unofficial concert on Facebook Live. He was able to perform a concert broadcast at 300 drive-in theatres across North America in the year 2020.

He was able to launch his “Touch ’em All Foundation” with Major League Baseball in 1998. He also had a brief career in baseball. Similarly, in 2005, he parted ways with Capitol Records and launched his own record label, Pearl Records. In addition, he was able to establish “GhostTunes” in September 2014. It is a digital music store that sells its own music as well as over ten million songs by other artists.

Works of Charity and Assistance

In the year 2000, he performed a duet with openly gay singer George Michael at the Equality Rocks benefit concert for gay rights.

On May 24, 1986, Garth Brooks married songwriter, Sandy Mahl. Taylor Mayne Pearl, August Anna, and Allie Colleen Brooks are the names of the couple’s three daughters. However, they separated in March 1999 and divorced on December 17, 2001. Brooks married Trisha Yearwood, a country singer and cookbook author, on December 10, 2005. Brooks and Trisha have never had children.

Garth Brooks’s Salary and Net Worth

Garth Brooks has a net worth of $400 million, according to wealthy gorillas, and his main source of income is his singing career. Brooks undoubtedly has numerous other sources of income.