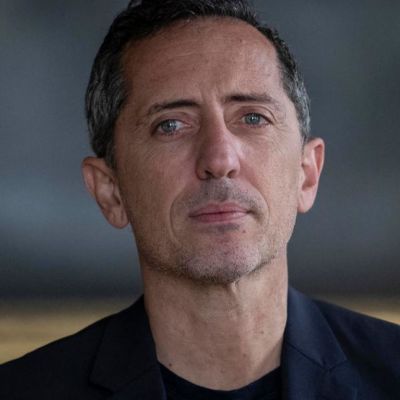 Gad Elmaleh is a French-Canadian stand-up comedian and actor from Morocco who has been dubbed the “Seinfeld of France” and voted the “Funniest Man in France.” He appeared in a number of films, including ‘Coco,’ ‘Priceless,’ ‘La Doublure,’ and ‘Midnight in Paris.’ He also appeared in ‘Huge in France,’ a Netflix comedy series released in 2019.

Gad was born to a Moroccan Jewish family on April 19, 1971, in Casablanca, Morocco. He grew up in a multicultural environment and became fluent in Arabic, English, French, and Hebrew as a child. He has two siblings: an actor and singer named Arié and a stage director and actress named Judith.

Gad was 11 years old when his family immigrated to Canada from Morocco in 1982. He received his primary and secondary education at École Mamonide in Montreal and Lycée Lyautey in Casablanca. He studied Political Science at the University of Montreal and Drama at the Cours Florent in Paris.

Gad Elmaleh began his stand-up comedy career with his one-man show ‘Décalages’ at Palais des Places, in which he told the story of his life thus far. Following the success of his first performance, he returned to Olympia with his one-man show, ‘La Vie Normale,’ which was also released on DVD in 2001. In 2006, he returned with his show ‘L’Autre, c’est Moi,’ which he performed in Canada, Morocco, France, Belgium, and Switzerland to over 300,000 people.

One of his most successful shows was ‘Papa est en Haut,’ which he performed at the Olympia theatre in Paris during the Just for Laughs Festival in 2007. In one week, his performance at the Le Palais des Sports sold over one million tickets. With his first appearance in Joe’s Pub, Elmaleh began his American tour with his show ‘Oh My Gad.’ In 2017, he performed in Montreal and released his special stand-up ‘Gad Gone Wild’ on Netflix.

In 2009, Elmaleh starred in his self-written and directed film ‘Coco,’ which debuted at number one in France, Switzerland, and Belgium. In 2011, he collaborated with director Woody Allen on the film ‘Midnight in Paris.’ He also appeared in Steven Spielberg’s 2011 film ‘The Adventures of Tintin: The Secret of the Unicorn,’ as well as the 2012 film ‘Jack and Jill.’ Gad’s Netflix comedy series ‘Huge in France premiered in 2019.

Elmahle was awarded the Ordre des Arts et des Lettres by French Minister of Culture Renaud Donnedieu de Vabres in 2004 and the same year for the best one-man show by SACEM in France. The French Press Association awarded Gad a Crystal Globe Award in the category of the best one-man show for his show La Vie Normale in 2006.

Gad married French actress Anne Brochet in 2002, and they had a son named Noé before splitting up in 2009. Gad married TV personality and French journalist Marie Drucker in 2009 and divorced her in 2011. He began a relationship with Charlotte Casiraghi the same year. Raphael, the couple’s son, was born in 2013 and they divorced in 2015.

Gad Elmaleh’s Salary and Net Worth

Gad Elmaleh’s net worth is estimated to be $25 million as of June 2022. He has amassed a million-dollar fortune by performing one-man shows in France, Switzerland, Belgium, and the United States. Aside from stand-up comedy, he has appeared in a number of blockbuster films in both Hollywood and France. He has a Netflix stand-up special and a comedy series, ‘Gad Gone Wild’ and ‘Huge in France,’ which have millions of viewers worldwide.

Gad Elmaleh is a well-known Moroccan stand-up comedian. His comedic style is considered unique, and his punchlines are both funny and timely. He comes from a performing family; his father was a mime artist, his brother is an actor and singer, and his sister is a stage director and actress, so he is very confident and at ease on stage and even interacts with the live audience while performing.