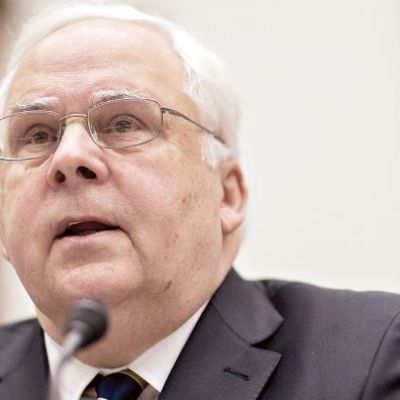 Fred Smith is an American businessman who founded FedEx, one of the world’s largest delivery companies.

Smith was born outside Memphis, Tennessee, in 1944 to Sally Smith and Frederic C. Smith. When he was four years old, he lost his father, a self-made millionaire.

He was born with Legg-Calve-Perthes Syndrome, a form of arthritis that crippled him for most of his childhood. He eventually recovered from the disease and learned to fly planes. He attended Presbyterian Day School before enrolling in Memphis University School. He enlisted in the United States Marine Corps after receiving his bachelor’s degree in economics from Yale University and served with them during the Vietnam War.

When Smith was in college, he had the idea for the world’s largest overnight delivery service. Although his professor was unappreciative, his plan remained with him.

Smith enlisted in the United States Marine Corps shortly after graduating in 1966 and was sent to fight in the Vietnam War. After returning to the United States, he revisited his concept and founded the Federal Express Corporation in 1971. FedEx lost millions of dollars in its first months of operation due to a variety of factors. The company gradually grew its customer base, and by 1978, it was stable enough to be listed on the New York Stock Exchange.

Smith has also worked for St. Jude Children’s Research Hospital and the Mayo Foundation in addition to FedEx. Smith previously served on the Boards of Governors of the International Air Transport Association and the United States Transport Association, and he is the owner of the Washington Redskins of the National Football League.

Smith has three military decorations: the Silver Star, the Bronze Star, and the Purple Heart. In 1996, he was inducted into the Junior Achievement U.S. Business Hall of Fame, and in 2000, he was named “CEO of the Year” by Chief Executive Magazine. He received the Kellog Award for Distinguished Leadership in 2008.

The Franklin Institute of Philadelphia honored him with the Bower Award for Business Leadership the same year. He also received the Tony Janus Award for his contributions to aviation and the George C. Marshall Award for his success in building FedEx from the ground up. He received the Atlantic Council’s Distinguished Leadership Award in 2019.

In 1969, Smith married television host Linda Black. However, the marriage ended in divorce in 1977. Dianne Avis is his current wife. Windland Smith, his first child, was a wildlife photographer who died in 2005 from Long QT syndrome. Molly Smith, his daughter, is a film producer. He also has two sons, Arthur, a stand-up comedian and writer, and Cannon, an actor, producer, and soccer player.

Fred Smith’s Salary and Net Worth

As of July 2022, the American entrepreneur’s net worth is estimated to be $3 billion. The majority of his earnings come from his position as chairman and president of FedEx, the world’s largest overnight express delivery company.