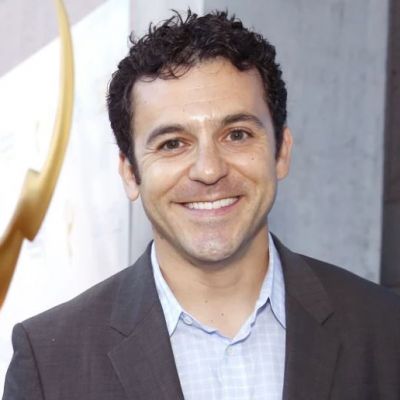 Fred Savage is best known as an actor, particularly for his portrayal of “Kevin Arnold” in the television series “The Wonder Years.”

Fred Savage’s full name is Frederick Aaron Savage, and in addition to being an actor, he is also a director and producer. He was born on July 9, 1976, in the city of Highland Park, Illinois, USA. His father, Lewis Savage, was an industrial real estate salesman when he was born.

His siblings Ben and Karla both became actors, with Karla also performing as a musician. Fred Savage is claimed to have grown up in Glencoe, Illinois, before relocating to California. He attended the Brentwood School in Los Angeles, which was a private school. He received his bachelor’s degree in English from Stanford in 1999.

Fred Savage began his acting career in the film “The Boy Who Could Fly,” which was a comedy-drama of a mixed genre. Nick Castle directed this film, which was released in 1986. In this film, Fred performed the part of an autistic person. Despite receiving positive reviews, the film did not perform well commercially. His V career began with a performance on the legendary CBS network show “The Twilight Zone,” which aired for three seasons from 1985 to 1989.

Fred first appeared in a short film called ‘Dinosaurs! – A Fun-Filled Trip Back in Time!’ in 1987, and then in the film adaptation of the novel of the same name, “The Princess Bride.” The film was a commercial success, accompanied by positive reviews. It wasn’t until 1988 that Fred rose to prominence as the primary character Kevin in the television series “The Wonder Years.”

This was a TV comedy series that was incredibly successful and won numerous accolades after it aired. The show lasted six seasons until it was cancelled in 1993. Following that, he appeared in a number of films with variable degrees of success, including ‘The Rules of Attraction (2002) and ‘A Guy Walks Into a Bar’ (1999).

He began his directing career with the film sequel “Daddy Day Camp,” which did not perform well, received a lukewarm commercial response, and received multiple negative reviews.

He had more success directing TV shows like ‘Wizards of Waverly Place’ (2007-2008) and ‘2 Broke Girls’ (2011-present), which were both economically and critically successful.

His most recent TV appearance was on the TV show “The Grinder,” which aired from May through June of 2016. The show premiered in September of 2015.

Fred Savage’s Salary and Net Worth

Fred Savage Net Worth 2019As of June 2022, Fred’s net worth is believed to be approximately $20 million. This is from his acting, directing, and producing combined.

Fred Savage is a fascinating character who is also extremely wealthy. He is an excellent role model for anyone wishing to work in the entertainment industry anywhere on the globe.