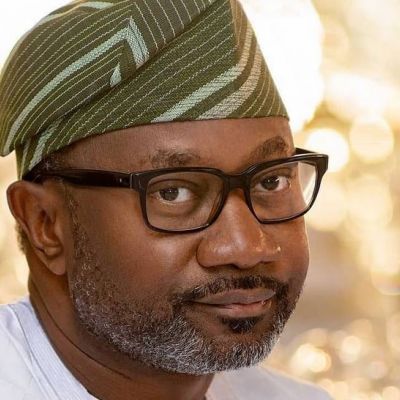 Femi Otedola is a well-known Nigerian businessman and the former chairman of Forte Oil PLC. He was born on November 4, 1962.

Born in Ibadan, Oyo, in November 1962, Otedola was the son of Sir Michael Otedola, the well-respected Executive Governor of Lagos State from 1992 to 1993.

Otedola had an affair with Olayinka Odukoya, with whom he had an extramarital child. Tolani is his first daughter, and she is a professional singer. Femi later had two more daughters, Florence Ifeoluwa and Elizabeth Temi, with his wife, Nana Otedola, and a son, Fewa. Otedola has homes in Dubai, London, New York City, Lagos, and Abuja.

Otedola began his entrepreneurial ventures in the retail fuel market, and in 2003, he founded Zenon Petroleum and Gas Ltd, a petroleum products marketing and distribution company. He poured a fortune into Zenon, acquiring several storage facilities in Ibafon, Apapa.

Femi also purchased cargo vessels as an investment in this venture, with a total storage capacity of 147,000 metric tonnes. He capitalized and purchased 100 DAF fuel-tanker trucks for N1.4 billion. By 2005, he controlled a sizable portion of the Nigerian diesel market.

Femi Otedola’s Income And Net Worth

Femi Otedola’s net worth is estimated to be $2 billion. His earnings are generated by his various distribution and shipping, transportation, finance, and real estate ventures. He is regarded as one of Africa’s wealthiest men, as well as the richest man in Nigeria.

During his youth, Otedola’s personal and romantic life was a whirlwind. He had a passionate affair with Olayinka Odukoya, and she was very young and almost in school when they got physically involved and bore a child out of wedlock. Otedola’s parents condemned the scandal and despised the entire situation.

Otedola’s mother made sure that he was given custody of the child and kept as far away from the girl, Olayinka Odukoya, as possible. Years later, when she turned twenty-six, Femi’s dark past came back to haunt him, and Olayinka Odukoya gave an interview narrating the entire story candidly. Their daughter was named Tolani, and she eventually pursued a singing career.