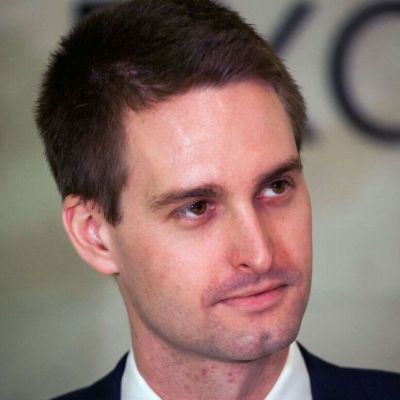 Evan Spiegel is co-founder and CEO of the app Snapchat. He recently married Miranda Kerr, a Hollywood actress, and model.

Evan Thomas Speigel was born in California on June 4, 1990, as the child of lawyer parents. His father, John W. Speigel, and mother, Melissa Ann Thomas, are both lawyers.

Evan was born and raised in California, where he was raised as an Episcopalian. He attended Crossroads School and later graduated from Stanford University.

He was always a creative child because he attended an Arts and Science school and took design programs at Otis College. Evan was also attending high school at Art Center College at the same time. This was during the summer before he was accepted to Stanford.

One of his first internships was in sales at Red Bull. He worked as a career instructor and conducted a paid internship in a biotech company as a student.

Evan could not wait for graduation and began focusing on Snapchat after quitting college in the midst. The concept for the app came to him while he was in college studying product design. He proposed the notion in one of his class assignments, which was ridiculed by all of his peers.

He co-founded the app with Reggie Brown and Bobby Murphy and is now the company’s CEO. Murphy and Spiegel would have approximately 70% of voting power and 45 percent of market equity, according to the ‘Wall Street Journal.’

Evan became embroiled in a controversy in 2015 when he stated that the app is just for rich people and not for poor people in nations such as Spain and India. His statement sparked controversy in India, sparking a Twitter movement with the hashtag #boycottsnapchat. As a result, the firm later issued a statement stating that the program is intended for consumers worldwide and is available for free on the Google Play store.

Even has produced an application that is popular among teenagers and young people all over the world. Every day, millions of new users download the app, adding to its creators’ success and honor. Evan has created a reputation for himself in a number of nations throughout the world. He is the CEO of one of the world’s biggest companies, and he has achieved enormous honor while propelling America further ahead on the map of innovators and creators.

Spiegel and Miranda began dating in 2015 after meeting at a dinner in 2014. The couple got engaged in 2016 and married in 2017. He purchased the 7,164 square foot property from famed film producer Harrison Ford a month before the engagement.

Evan Spiegel’s Salary and Net Worth

He owns an 18% stake in his company. According to Forbes.com, in addition to being its CEO, he also receives a dividend from the company’s profits, bringing his net worth to $3.5 billion as of July 2022. This number is only growing as the app’s popularity grows.