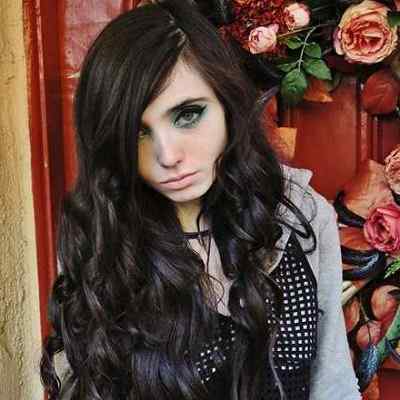 Eugenia Cooney is a New York City-based actress and model who is well-known for her self-titled YouTube video blogging site. Eugenia Cooney has over 2.32 million subscribers on her YouTube channel.

Eugenia Cooney is a 26-year-old actress. She was born in Massachusetts, United States, on July 27, 1994. Leo is her astrological sign. At this time, there is no detail about her parents. She has, however, also featured her mother in YouTube videos such as “Mom Teaches Me How To Cook Meatballs!”

Chip, her younger brother, is similar to her. Eugenia is a citizen of the United States. In terms of her schooling, she went to an elementary school in Massachusetts. She later relocated to New York City to pursue acting lessons.

In terms of work, Eugenia Cooney is a California-based YouTube personality and Twitch broadcaster. On June 18, 2011, she started a YouTube channel with the same name. On her YouTube channel, she posts a variety of videos about makeup, hair styling, cosplay, and other topics. She currently has over 2.32 million subscribers and almost 240 million cumulative views on her YouTube channel. Furthermore, with the exception of a five-month hiatus from February to July 2019, she uploads videos to her channel almost once a week.

“My Mom Turns Me PREPPY” is one of her most famous and well-known videos on YouTube. More than 23 million people have seen it since it was published on February 9, 2016. “MY FAVORITE SUMMER TOPS,” “Kingdom Hearts Kairi Cosplay Transformation and Makeup Tutorial!” and “ICE BUCKET CHALLENGE FOR ALS” are among the other noteworthy episodes.

She also writes about mental health on her blog. She has over 45,000 followers on Twitch, where she streams regularly. Apart from that, she has amassed a sizable fan base. She has nearly 827k followers and has posted 1,850 posts so far.

She also suffers from an eating disorder. She had a skinny body when she first started appearing on social media. Day by day, she became thinner.

People have also started petitions to have her social media pages deactivated, claiming she is a negative influence on young girls. Gradually, she began to receive mixed responses to her social media appearances. On social media, the hashtags #killyourself and #eatsomething became famous.

Furthermore, she took a nearly 5- to 6-month hiatus from social media sites in January 2019 due to health issues. During her hiatus, she also went to rehab.

Later in July 2019, she reappeared on social media, appearing in a Shane Dawson video. Shane Dawson created a one-hour video about her, in which she discusses her health, social media career, hiatus from the platform, and return. She even admitted to having an eating disorder. Her fitness has improved since she returned to social media.

Eugenia Cooney’s earnings are noteworthy because she is a YouTuber with a self-titled channel who has amassed a sizable fortune. As a result, her net worth is estimated to be around $200,000. She also worked as an actress and model in New York. She is also living lavishly thanks to her respectable social media fame.

Eugenia Cooney is most likely single, based on her dating history. She is now battling an eating disorder as well as health problems. Similarly, she has kept a low profile when it comes to her relationship status.

Controversies
Eugenia Cooney’s online content has sparked a lot of debate in the media. Because of her severely underweight appearance, petitions to ban her from YouTube were started in October of 2016. She said she didn’t have an eating problem at the time and avoided talking about her weight and eating habits.

She revealed in February 2019 that she will be taking a break from social media. She disappeared from social media for five months after the announcement, before she reappeared in a video posted by YouTuber Shane Dawson in July 2019. However, she has since resumed her daily video uploading schedule.

Eugenia Cooney is stunning. She is 1.70 m long, with a height of 5 feet and 7 inches. She, too, has an incredibly slim body frame, weighing in at 86 pounds (39 kilograms).

She is underweight as a result of her eating disorder. During her time away from social media, she has strengthened her fitness and undergone rehab. Her eyes are a lovely green color, and her hair is black.

What If I Told You…

In 2012, Cooney won the national contest The New Face of Big Drop NYC.

She has also appeared in an episode of the Canadian television series “Degrassi: New Class.”

Cooney has participated in the IceBucketChallenge.

Similarly, she rose to fame after appearing in a twerking video on WorldstarHipHop.