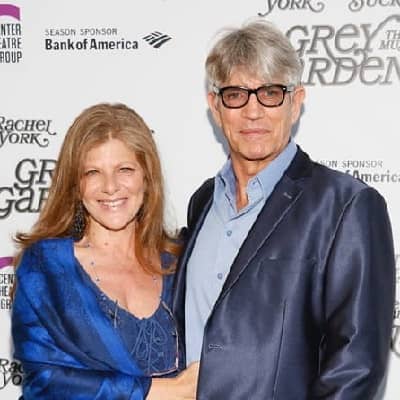 Eric Roberts was born on April 18, 1956, and he is now 65 years old. He was born in Biloxi, Mississippi, and he is an Aries. His mother’s name is Betty Lou Bredemus, and his father’s name is Walter Grady Roberts. His parents are former performers and authors who met while touring the military production of George Washington Slept Here.

He also has two younger siblings, Julia Roberts and Lisa Roberts Gillan. In addition, both of his siblings are actors. He was estranged from Julia until 2004 as a result of his previous drug usage and Julia sided with his ex-girlfriend over custody of his daughter. They reconciled after he paid Julia a visit in the hospital following the birth of her twins. This individual is also of English, Scottish, Irish, Welsh, German, and Swedish ancestry. In addition, the actor is a vegan who believes in animal rights.

Eric Roberts is a tall man, standing at around 5 feet 11 inches (180 cm). Similarly, the actor weighs 165 pounds (75 kilograms). Aside from that, the American actor’s other physical measurement parameters, such as his chest-waist-hip measurements, dress size, biceps, and so on, are still being reviewed. In addition, the American actor has dirty blonde hair that has greyed with age and hazel blue eyes.

Eric Roberts is a professional actor and Julia Roberts’ famous brother. When it comes to his acting career, he began with the main part in King of the Gypsies in 1978. This actor got his first Golden Globe nomination for this role. In 1983, he was nominated for another Golden Globe Award for his performance in Star 80.

He was also nominated for a Golden Globe for his role in Runaway Train in 1985. He was nominated for an Academy Award for “Best Supporting Actor” for the same role. His acting career stretches back over 40 years. This experienced actor has gathered over 609 credits during the course of his career. The Expendables, Raggedy Man, A Guide to Recognizing Your Saints, The Pope of Greenwich Village, The Specialist, Cecil B. Demented, National Security, The Dark Knight, Inherent Vice, The Institute, Runaway Train, and Head Full of Honey are a few examples.

This experienced actor has had over 600 credits since the 1970s, making him one of the few in history. Blockbusters, animated films, animated series, independent films, TV series, short films, and student films are among his credits. This actor is most known for his portrayals as manipulative villains in the majority of his productions.

Eric Roberts has a happy marriage with Eliza Rayfiel. On August 16, 1992, he married Eliza. His wife is the daughter of David Rayfiel and Lila Garrett, two well-known actresses. She is also a casting director and an actor. He has a stepson named Keaton Simons and a stepdaughter named Morgan as a result of this marriage. His stepson is a musician, while his stepdaughter is a chef.

Later, once his romance with Sandy ended, he was in a live-in relationship with Kelly Cunningham. He and Kelly have a daughter named Emma Roberts, who was born on February 10, 1991. His daughter Emma, who is married to actor Garrett Hedlund, is also an actress. When Emma gave birth to her son Rhodes in December 2020, he became a grandfather for the first time.

Eric Roberts’s Income And Net Worth

Moving on, the seasoned actor is worth $2 million US dollars.

In terms of social media, Eric Roberts joined Twitter in March 2009 and currently has over 47.9K followers. @EricRoberts is his username on this platform. Similarly, he may be found on Instagram as @ericrobertsactor. During the time I was writing this biography, the actor had more than 21.7k followers on his Instagram account. As of March 2022, the actor’s Facebook page had 447K followers.