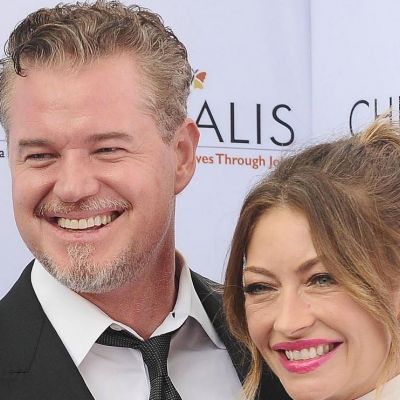 Eric Dane was born in San Francisco, California on November 9, 1972. William Melvin, his father, was an interior designer, and his mother was a housewife. He is descended from Russians, Austrians, Finns, English, and Germans. His father was killed by a gunshot wound when he was seven years old.

Dane attended Redwood City’s Sequoia High School. In 1990, he graduated from San Mateo High School. He was a member of the varsity water polo team in high school and also appeared in the school’s production of Arthur Miller’s All My Sons.

Eric Dane’s career began in 1993 when he relocated to Los Angeles to pursue a career in acting. Initially, he appeared in a number of television shows, including The Wonder Years, Married… with Children, Saved by the Bell, and Roseanne.

He appeared as a guest star in the medical drama series Gideon’s Crossing and Charmed in 2000. Later, he appeared in two television film biopics, Serving in Silence and Helter Skelter, as Charles “Tex” Watson.

Dane made his feature film debut in 2003 with The Basket. He also appeared in the films Sol Goode, X-Men: The Last Stand, Zoe, Duncan, Jack & Jane, Open Water 2, and Feast.

Dane rose to prominence as Dr Mark Sloan in the popular medical television series Grey’s Anatomy. He was only supposed to appear in one episode of the show, but due to the positive response from the audience, he was promoted to regular in the third season.

In 2006, he appeared in the television film Wedding Wars as the brother of a gay man who supports marriage equality. He also co-starred in the 2010 romantic comedy Valentine’s Day with Patrick Dempsey. In the same year, he played Marcus Gerber in the film Burlesque. In 2012, he became the producer and star of the TNT network’s drama series The Last Ship.

Eric Dane has appeared in over ten films and twenty television shows throughout his career. Dane’s work has been highly praised despite the fact that he has not received any awards. People were moved by his performance as Captain Tom Chandler in the post-apocalyptic drama The Last Ship.

Dane married actress Rebecca Gayheart in a private ceremony in 2004. They have two daughters, Billie Beatrice Dane and Georgia Geraldine Dane, from their marriage. Dane was depressed and went to a California treatment centre to get help for his drug addiction.

Eric Dane’s Salary and Net Worth

Eric Dane’s net worth is estimated to be more than $8 million as of June 2022. He amassed this fortune through his successful acting career.

He has appeared in a number of commercially successful television shows, including Saved by the Bell, Married… with Children, Serving in Silence: The Margarethe Cammermeyer Story, Roseanne, Wedding Wars, Grey’s Anatomy, Family Guy, and others.

He has also appeared in a number of well-known films, including Sol Goode, X-Men: The Last Stand, Valentine’s Day, and others, which contributes to his net worth.

Eric Dane is a well-known actor in the United States. Despite a difficult childhood, Dane has made a name for himself through hard work and dedication. He is very active on social media platforms such as Instagram, where he has over 1.3 million followers.