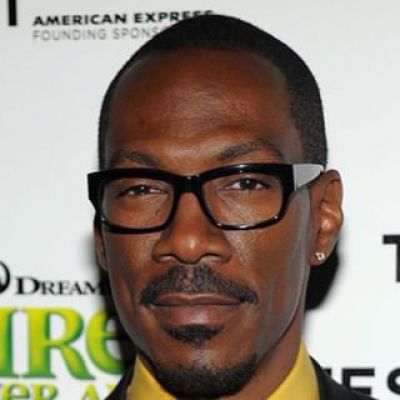 Eddie Murphy is an American actor, comedian, and singer who started his career in the entertainment industry in 1976 and is still working today. He began his career by performing stand-up comedies, as he had always mimicked and entertained his friends since he was a teenager. His witty personality and good sense of humor always made him a happy guy. As an actor and voice actor, he has starred in a number of films and television shows, earning him several prestigious nominations and awards. In addition to performing, he is also a singer who has released five studio albums. Eddie Murphy, his first album, was released in 1982.

Who is Eddie Murphy? Eddie was born Edward Regan Murphy in Brooklyn, New York, on April 3, 1961. His immediate family and friends refer to him as Ed and Murph. His father, Charles Edward Murphy, was a police officer and an amateur comedian, and his mother, Lillian, was a telephone operator. When he was three years old, his parents divorced, and he lost his father when he was eight years old. Vernon Lynch, his mother, and stepfather, as well as his older brother Charlie, raised him. He is now 59 years old and born under the sign of Aries. Eddie Murphy is a citizen of the United States of America. His religious views are Christian, and he is of Black origin.

Eddie Murphy’s first audition for the late-night comedy show “Saturday Night Live!” was in 1980, and he was cast in the role. He was on the show until 1984, and he appeared in 65 episodes. In 1983, he performed his stand-up special, “Eddie Murphy: Delirious.” He also hosted ‘The 35th Annual Primetime Emmy Awards in 1983 and ‘What’s Alan Watching?’ in 1989, among other television specials.

In the 1982 film ’48 hours,’ directed by Walter Hill, Eddie Murphy made his film acting debut. In the 1984 film “Beverly Hills Cop,” he played Detective Axel Foley. As a result of the film’s success, he was thrust into the spotlight. In 1987, he also worked as a story writer on the sequel film “Beverly Hills Cop II.” These two films grossed a respectable amount at the box office.

In addition, in 1988, 1990, and 1992, he acted in and wrote the screenplays for three films: Coming to America, Another 48 Hours, and Boomerang. In terms of box office receipts and critical acclaim, both of these films were huge hits. The Nutty Professor, a comedy film released in 1996, was his next successful film. Tom Shadyac directed this film, which was a commercial success as well as receiving critical acclaim. Eddie’s career took a different direction as a result of this film, as he gained international recognition. He also appeared in the 2000 sequel film ‘Nutty Professor II: The Klumps,’ in which he reprised his role.

Similarly, he was a writer, director, and actor in the films ‘Vampire in Brooklyn,’ ‘Metro,’ ‘Mulan,’ ‘Dr. Dolittle,’ ‘Bowfinger,’ ‘Dr. Dolittle 2,’ and several others during that period.

In addition, he played a Donkey in the computer-animated comedy film “Shrek 2” in 2004. In 2007 and 2010, he reprised Donkey’s voice role in “Shrek the Third” and “Shrek Forever After.” He also produced and acted in films such as ‘Norbit,’ in which he played the titular role in 2007, and ‘Dolemite, My Name,’ in which he played Rudy Ray Moore in 2019. Recently, he has been working on his upcoming film, “Coming to 2 America,” for which he is the screenwriter.

Eddie Murphy has earned several nominations for his various roles. For his excellent performances, he has received seven Critics Choice Awards and three People’s Choice Awards. In 2020, he received a Primetime Emmy Award for Outstanding Guest Actor in a Comedy Series for his work on Saturday Night Live.

Who is Eddie Murphy’s Girlfriend? Eddie Murphy has been married three times and has been in several relationships. Eric, born in 1989, and Christian, born in 1990, are his sons from his ex-girlfriends Paulette McNeely and Tamara Hood. On March 18, 1993, he married Nicole Mitchell, with whom he had five children: Bria, Myles, Shayne, Zola, and Bella. Sadly, they divorced in 2006 after 13 years of marriage. After his divorce, he dated Melanie Brown and gave birth to a daughter named Angel Iris Murphy Brown on April 3, 2007, his birthday.

In addition, on January 1, 2008, he married Tracey Edmonds, a film director, for the second time. Their wedding, however, was short-lived. Finally, he married Paige Butcher, with whom he had been in a relationship since 2012, in September 2018. They have a daughter who was born in 2016 and a son who was born in 2018.

Just two of Eddie Murphy’s social media accounts are involved. His Facebook profile has 12.8 million followers and over 13 million likes. Similarly, he has a YouTube channel called ‘EddieMurphyVevo,’ where he uploads his songs and stand-up routines.

Eddie Murphy’s Income And Net Worth

How much does Eddie Murphy worth? Eddie Murphy is a well-known and wealthy figure in Hollywood’s film industry. His net worth is estimated to be $6.7 billion by 2020.