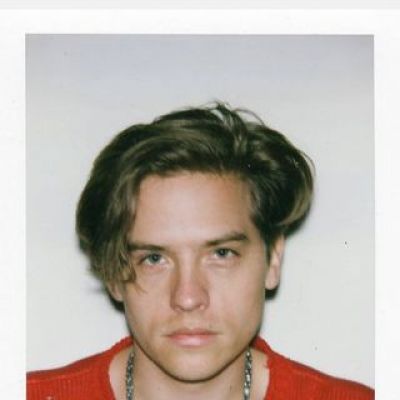 Dylan Sprouse is an American actor best known for his role as Zack Martin on the Disney Channel sitcom “The Suite Life of Zack and Cody,” which aired for three years beginning in 2005. Along with his twin brother Cole Sprouse, he appeared in the comedy film “Big Daddy.” In the film industry, Dylan and his twin brother Cole are known as the “Sprouse twins.” Under this brand, the Sprouse brothers have launched a clothing line, a book series, and a magazine. He is also the co-founder of the All-Wise Meadery in New York.

Who is Dylan Sprouse? Dylan Sprouse was born Dylan Thomas Von Sprouse in Arezzo, Tuscany, Italy, on August 4, 1992. His father, Matthew Sprouse, and mother, Melanie Wright, were both Americans who worked as English teachers in Tuscany. Cole Mitchell Sprouse, his twin brother, is 15 minutes younger than he is. He is 28 years old and born under the zodiac sign of Leo. Dylan Sprouse is an American citizen who identifies as a Heathen. He traces his ancestors to Denmark, Germany, Scotland, and England. From the age of eight months, Dylan Sprouse and his twin brother began featuring in TV advertisements for diapers. Jonine Booth Wright, their grandmother, was an actress and acting teacher in her younger years and was responsible for their participation in television advertisements. He went to New York University and graduated from the Gallatin School of Individualized Study.

In addition, during those years, he appeared in two other series: ‘The Emperor’s New School’ in 2006 as Zam and ‘According to Jim’ in 2008. He also appeared in an episode of “Cole and Dylan Sprouse” on the Disney Channel sketch comedy series “So Random!”

In addition, in 2006 and 2008, he voiced the characters in the direct-to-video films “Holidaze: The Christmas That Almost Didn’t Happen” and “Snow Buddies,” respectively. He also played Will in ‘The Kings of Appletown’ in 2009, Justin Magoo in ‘Kung-Fu Magoo’ in 2010, and Gideon Blake in ‘Carte Blanche’ in 2018. In addition, he played Paul in the 2019 short film Daddy. In 2020, he will play Trevor in the film “After We Collided.”

Dylan Sprouse has also appeared in music videos in addition to acting. Along with Camila Cabello, he was included in the 2018 song “Consequences.” He also starred alongside Kygo and Valerie Broussard in the 2019 song “Think About You.”

Who is Dylan Sprouse’s Girlfriend? Dylan has dated Kathleen Hales, Miley Cyrus, and Kara Crane in the past. In 2014, he married Dayna Frazer, from whom he later divorced in 2017. Barbara Palvin is his new girlfriend.

Dylan Sprouse has been nominated for 13 awards, with ‘The Suite Life on Deck’ winning three of them for his achievements and involvement in the film industry.

Dylan Sprouse maintains a presence on social media. His Instagram (@dylansprouse) and Twitter (@dylansprouse) accounts have 9 million and 4.8 million followers, respectively. He does not yet have a Facebook profile that has been confirmed.

Dylan Sprouse’s Income And Net Worth

How much does Dylan Sprouse worth? Dylan Sprouse makes a living as an actor. He has starred in a number of films and television shows. His net worth is estimated to be $8 million by 2020.