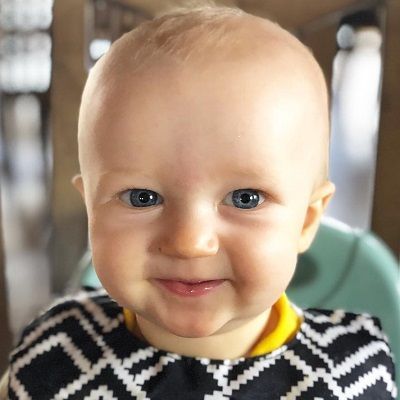 Duncan Ballinger rose to fame as the son of YouTube couple Jessica Ballinger and Chris Ballinger shortly after his birth.

Who is Duncan Ballinger? Duncan Ballinger is a 5-year-old boy. He was born under the astrological sign Taurus on May 12, 2017, at 8:52 p.m. in California, United States. He weighed 8 pounds and measured 21 inches when he was born. Jessica Ballinger is his mother’s name, and Chris Ballinger is his father’s name. His father Chris, on the other hand, is a magician, video blogger, and social media personality. Jessica, his girlfriend, has become a social media phenomenon.

He has four siblings as well. Duncan also has three older siblings, including a sister named Bailey and two brothers named Jacob and Parker. He has a younger brother named Luke and is the fourth child in the Ballinger household. All of the siblings, as well as their parents, are YouTube celebrities. Ballinger Family is the name of the family’s YouTube channel.

Ballinger began his YouTube career as a member of the Ballinger Family. His parents announced their fourth child together in a video called “Pregnancy Announcement,” which they uploaded before he was born. The video was first released on October 26, 2016, and it has since received over 404k views.

Since then, his parents have started uploading a slew of new videos, detailing their incredible journey through the various stages of pregnancy. ‘Mommy’s PREGNANT! – Family Reacts to New Baby,’ for example, is one of these videos. ‘Baby’s First Kicks!?’, ‘Listening to Baby’s Heartbeat at Home!!! 13 weeks,’ ‘Baby Name Reveal – Ballinger Family,’ ‘Crazy Baby Kicks in Mommy’s Pregnant Tummy!’ and so on.

The Ballinger family posted a video entitled “Welcome Duncan Ballinger! (Birth Vlog) Best Mother’s Day Ever!!!” shortly after his birth. The video shows the little bundle of joy for the first time, as well as his first appearance on the family’s YouTube channel. The video, which was released on May 14, 2017, has already received over 1.3 million views. Jessica and Chris, his parents, discussed Jessica’s natural delivery. They also told their fans that they would not be able to film the birth due to the hospital’s legal policies.

Duncan’s sudden rise as a “YouTube” star was aided by the Ballinger family website, which began on January 7, 2013. This channel features cute family videos that include all family members. As of May 2020, the family channel had more than 1.43 million viewers and a whopping total of over 487 million streams.

Following in the footsteps of his parents and other older siblings, he will become a well-known YouTube star in the near future.

Duncan Ballinger’s Income And Net Worth

How much is Duncan Ballinger’s Income? Duncan Ballinger, a three-year-old YouTube sensation, has amassed a large following. He’s also added a sizable sum to the earnings of his family’s YouTube channel. Along with his siblings and parents, he leads a lavish and safe lifestyle.

Duncan Ballinger does not have a personal official account since he is just three years old. However, he was often featured on family social media accounts such as Instagram, YouTube, and others. Ballinger Family, his family’s YouTube channel, has nearly 1.48 million subscribers.