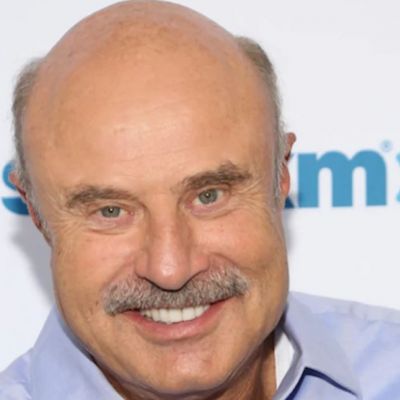 Dr. Phil is well known as an American author, television personality, psychologist, and host of the ‘Dr. Phil’s television show.

Dr. Phil was born Phillip Calvin McGraw on September 1, 1950, in Vinita, Oklahoma. His parents, Anne Geraldine and Joseph McGraw are extremely proud of him. He is the son of a man who always wanted to be a psychologist, and not only did he become one, but his son did as well.

Dr. Phil grew up in the North Texas oilfields with his three sisters, Donna, Deana, and Brenda. Dr. Phil received his education from Shawnee North High School in Kansas. He later attended the University of Tulsa after receiving a football scholarship.

Phil, on the other hand, rose to prominence after Oprah Winfrey hired his consulting firm in 1995. From 1998 to April, he appeared on the show weekly as a life strategy and relationship expert. In 1999, he published ‘Life Strategie: Doing What Works, Doing What Matters,’ which became his best-selling book a year later. Following the publication of this book, he became more committed to writing, releasing books such as ‘The Ultimate Weight Solution Food Guide’ and ‘Relationship Rescue.’

After gaining fame on Oprah Winfrey’s show, he decided it was time to launch his own show, which he did on September 16, 2002. The program focuses on weight loss, financial planning, dysfunctional families, unhappy marriages, and autistic children. This show has a serious tone with moments of levity. He has become well-known and has won numerous Daytime Emmy Awards in various categories.

Debbie Higgins McCall, McGraw’s first wife, was a former cheerleader and homecoming queen. Dr. Phil was 20 years old when they married in 1970. The marriage, however, did not last long because Debbie accused Philip Calvin of being too domineering, to the point of not allowing her to participate in the family business. She also stated that Philip instructed her to begin lifting weights in order to develop her bustline.

They divorced in 1973, and it was during this time that Philip met his current wife, Robin Jo Jameson, and the two married in 1976. Jay McGraw and Jordan McGraw are the results of their marriage. His son has partially followed in Philip’s footsteps as an author, publishing books aimed at teenagers.

Dr. Phil’s Salary and Net Worth

Dr. Phil, as he is popularly known, is a great psychiatrist and author who has brought about significant change and improvement in the world. His writing materials have become well-known in many countries, as has his ‘Dr. Phil Show.’ Although we don’t know how much he makes per year, it is reported that he is worth $500 million as of September 2022. His career has contributed significantly to his wealth.