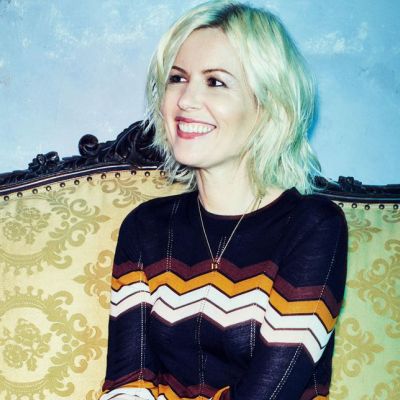 Dido is an English songwriter and singer best known for the international success of her 1999 album No Angel.

Dido was born on Christmas Day, 1971, in Kensington, London. Her name was Florian Cloud de Booneville Armstrong, and because she was born on Christmas, she prefers to celebrate her birthday on June 25th, which she got from the Paddington Bear. Clare, her mother’s name, is a poet of French ancestry. Her father, William O’Malley Armstrong, was a former managing director of Sidgwick & Jackson and an Irish publisher. Rollo, her brother, is a record producer named Rowland Constantine O’Malley Armstrong.

Dido’s career began in 1999 with the release of her debut album, No Angel, and her hit singles from the album, “Here with Me” and “Thank You.” The album sold over 21 million copies worldwide and earned her numerous awards. Then, in 2003, she released the album Life for Rent, and her success continued with singles such as “White Flag” and “Life for Rent.” She also appeared with many other artists in the Band-Aid 20 version of the Charity single “Do They Know It’s Christmas?” in 2004.

Dido’s Income And Net Worth

The estimated net worth of the famous British singer and songwriter is around $20 million. She made the majority of her money by performing concerts and releasing albums worldwide. Dido is a world-renowned singer known for her ethnic singing style. Dido had been away from the music industry for a long time, but she made a triumphant return in 2018. In 2019, she released another album, which was a success.

After the release of No Angel in 1999, she spent the majority of her time promoting the album, and she later broke up with her fiancé. Her then-fiancé was Bob Page, an entertainment lawyer, and they divorced after a seven-year relationship. Dido married writer Rohan Gavin in 2010, and they have a son named Stanley, who was born in July 2011.