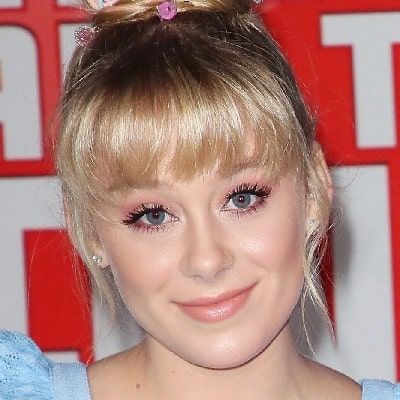 DeVore Ledridge was born on June 13, 2001, and will turn 19 in 2020. Katherine DeVore Ledridge is her full name, and she was born and raised in Lexington, Kentucky. By performing and generating material with friends at home, she was always able to make her parents and younger brother laugh. DeVore is also a self-taught musician who plays a variety of instruments.

DeVore also went to the School for the Creative and Performing Arts because she enjoyed performing. When it comes to her family, her mother’s name is Vanessa, and she has a brother named Harrison. She has kept a lot of information about her father and other family members private.

DeVore also enjoys riding and jumping horses, playing the piano and guitar, shopping, photographing street art, and all things relating to fashion and beauty when she is not working. She is also passionate about speaking out against bullying and spreading positivism.

DeVore Ledridge works as an actress and a social media influencer. She gained to prominence as a teen after playing Amelia Duckworth in Bizaardvark. It’s a live-action comedy sitcom from Disney that aired on Disney Channel in 2016. Amelia, her character, is a DIY diva from the South who hosts the popular lifestyle channel Perfect Perfection with Amelia. Similarly, DeVore made her acting debut in the year 2015. It was for her role as Daisy in the Clique Wars YouTube series.

In the same year, DeVore created her own YouTube channel, which she named DeVore. It was designed to be used for hauls, vlogs, challenges, and other traditional YouTube videos. DeVore is also well-known on TikTok, where her @devorelol account has over 1.5 million followers. In the year 2018, DeVore and Oscar Rosenstroem both participated in a Guess Their Age video challenge at the Famous Birthdays office.

Furthermore. After participating in the IMTA Talent Showcase in Los Angeles at the age of 12, DeVore chose to pursue acting as a career. She landed her first national ad soon after, opposite veteran actor John O’Hurley.

Furthermore, DeVore enjoys acting and wishes to continue doing it for the rest of her life. DeVore also wishes to play a character in a live-action action film. She had previously appeared in a Squad 7 video. DeVore also claimed that her Amelia character encouraged her to start her own YouTube account.

DeVore launched her self-titled channel, “DeVore Ledridge,” on December 31, 2013, and has garnered 564,543 views and 40.7K subscribers to far. Her videos feature make-up instructions, while her posts cover topics such as lifestyle, beauty, music, and comedy.

On March 21, 2016, DeVore released the first video, titled THE FIRST VIDEO!!!! (feat. Bryana Salaz). She appeared in this video with Bryana Salaz, a singer. This video has received 37,400 views so far, and it has also received a lot of public attention.

This channel’s second video, named Q&A Video!!!!!, was released on September 10, 2016. DeVore answered questions from her fans in this video. This video has received the most views on the channel. This specific video has already received over 293,000 views.

Another video, titled American tries British candy!!!, followed this one. MY EVERY DAY MAKEUP TUTORIAL!!!!! was the title of one of her most recent videos. She posted it on May 20, 2019, and it has received 9,216 views thus far. Since the last video on her YouTube channel was released a year ago, DeVore has been inactive.

According to reports, DeVore Ledridge is currently dating social media sensation Camerin Kindle. However, reading through her Instagram postings reveals that she is involved in a love relationship with Rylee Hooper. DeVore has shared a number of images with Rylee. The first shot was taken on Halloween in 2019 and features Rylee alongside model Raelynn Rosalie Harper.

Then, on Valentine’s Day 2020, DeVore tweeted a sweet pic of herself and Rylee having fun on the beach. Another snapshot of Rylee was taken in late January 2020, and it also shows her friends Tori Keeth, Halle Keeth, and Hannah Sutton having fun in Disney.

The couples are seen on a beach with Aliya Cox and Tate Fugate in another shot taken in early February 2020. Similarly, DeVore and Rylee’s most recent photo was shared on March 13, 2020, and it is an amazing snapshot from their Saddle Ranch nights with their buddies.

DeVore Ledridge measures 1.65 meters (5 feet 5 inches) tall and weighs roughly 45 kilograms. Her chest, waist, and hip measurements are also 32-25-31 inches. There is no information about her dress and shoe sizes, as well as other measurements. DeVore, too, has dirty blonde hair and hazel green eyes.

When it comes to her social media presence, DeVore joined Twitter in June 2015 and currently has 21.7K followers on the @devoreledridge account. At the time of writing this biography, she had 640 Instagram posts and 730k followers under the name @devoreledridge.

Her official Facebook profile, which she started on June 1, 2017, has 3,892 followers. We can also find her on Snapchat, where she goes by the handle @devoreledridge. For additional information, we can reach out to her at [email protected]