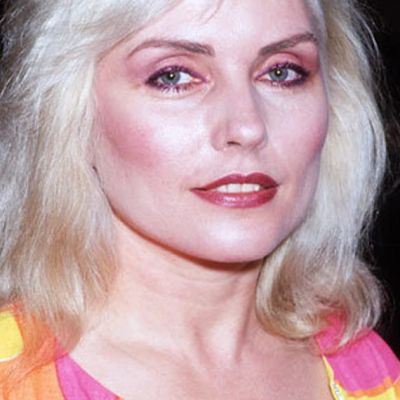 Debbie Harry is a well-known singer, songwriter, and actress best known as the lead singer of the new wave band Blondie.

Debbie Harry was born in the year 1945 in Miami, Florida, and three months later she was adopted by Richard Smith Harry and Catherine, gift shop owners in Hawthorne, New Jersey, who called her Deborah Ann Harry.

Concerning her schooling, she attended Hawthorne High School, where she graduated in 1963. In addition, she graduated from Centenary College in Hackettstown, New Jersey, with an Associate of Arts degree in 1965.

He began her musical career as a backing singer for the folk-rock group The Wind in the Willows in the late 1960s.

It had one self-titled album released on Capitol Records in 1968. Furthermore, this trio produced another album, but it was never released, and the studio tapes remain unreleased.

She became a member of the Stilettoes in 1974, along with Elda Gentile and Amanda Jones. Soon after, the singer’s boyfriend, Blondie guitarist Chris Stein, joined the band.

After Harry left the Stilettoes, she and Stein formed Angel and the Snake alongside Snooky and Tish Bellomo. Soon after, she and Stein founded Blondie, naming it after the word of address males used to call her while she bleached her hair blonde.

Blondie members quickly became regulars at Max’s Kansas City and CBGB in New York City while working in the band.

She launched her debut album in 1976, and commercial success followed in the late 1970s and early 1980s, first in Europe and Australia, then in the United States. In 1981, the singer began working on her solo career with KooKoo.

She had distinctive features and two-tone bleached-blonde hair, which helped her become a punk legend. The singer’s appearance was later enhanced by the early presence of a band in the era’s music video rise.

Debbie Harry’s accomplishment is the release of five solo albums. She is also well-known for being the lead singer for the new wave band Blondie.

Debbie Harry’s Salary and Net Worth

Debbie Harry Net Worth is predicted to be $22 million as of June 2022. Her great fortune has come through her musical profession. She was a talented singer, composer, and actress.

The vocalist began her musical career in 1973 when she began a musical partnership with Chris Stein. They both formed Blondie, a band that battled for success for several years. This vocalist rose to international prominence after their single, Heart of Glass, reached number one in both the United Kingdom and the United States.

Harry’s net worth is significant due to the group’s several successes, including Call Me, The Tide is High, and Rapture. When the group split up in 1984, she began earning a good living through her solo work.

Debbie Harry believed in focusing her entire career on her love of singing and acting. She has always given her all and has never looked back in disappointment.

She has had a successful musical and acting career, but she has never married and has no children. Her acting career spanned more than 60 film roles and several television appearances.