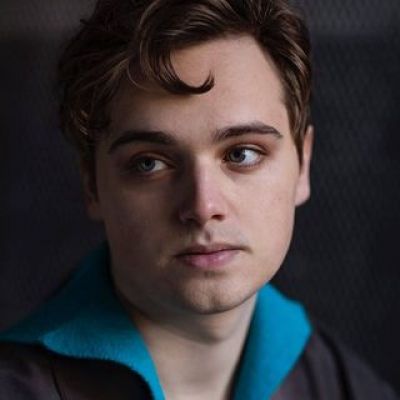 Dean-Charles Chapman is an English actor who has been involved in the film industry since 2005 and has remained active to this day. He also starred in the Oscar-nominated film ‘1917,’ in which he played Tom Blake. He did his first acting role in a stage play when he was eight years old, in ‘Billy Elliot the Musical,’ which he played from 2005 to 2011.

Dean-Charles Chapman’s first film, “Before I Go to Sleep,” was released in 2014. In 2015, he played Harry in the film ‘Man Up,’ and in 2017, he played Jonathan Cavendish in the biographical thriller film ‘Breath.’ In 2018, he was cast in the horror film “The Commuter,” and in 2019, he appeared in three films: “Blinded by the Light,” a comedy-drama film, “The King,” a historical romantic drama film, and “1917,” a British war film. He recently starred in the Irish-American drama film “Here Are the Young Men” as Matthew.

Dean-Charles Chapman first appeared on television in the 2007 series “Casualty.” After four years, he made a 13-episode appearance in the 2012 series “Cuckoo” and “The Revolting World of Stanely Brown.” The next year, he was cast in four episodes of ‘The White Queen’ as Richard Grey. In 2014, he was cast as a leading character in HBO’s fantasy TV series “Game of Thrones.” Until 2016, he played Tommen Baratheon in 16 episodes from the fourth, fifth, and sixth seasons. Emilia Clarke, Kit Harrington, Sophie Turner, Maisie Williams, Peter Dinklage, and others appeared alongside him in the series.

For his role in “Game of Thrones,” which he shared with his cast, the actor was recently honored with CinEuphoria Awards in 2020.

Who is Dean-Charles Chapman’s Girlfriend? Chapman has been dating his co-star Nell Tiger Free since 2015.

Dean-Charles Chapman’s Income And Net Worth

How much does Dean-Charles Chapman worth? Chapman is a rising star in the acting world who has amassed a sizable fan base and a sizable fortune. His current net worth is projected to be $1 million.