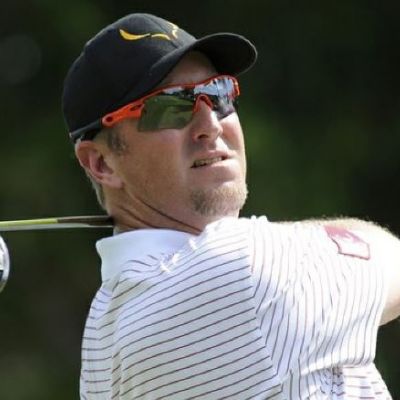 David Duval is a golfer. He is a former World No. 1 golfer who won 13 PGA tournaments including the Open Championship.

David Duval was born in Jacksonville, Florida on November 9, 1971, to professional golfer Bob Duval and Diane Poole Duval. David Duval’s father was a professional golfer and a member of Timuquana Country Club when he was a boy, and he taught David how to play golf. At the age of nine, David donated bone marrow to his brother, Brent Duval, who had been diagnosed with aplastic anemia.

Sadly, it was not as successful because the brother died as a result of infection. Brent’s death was so devastating to the family that David’s father, Bob, abandoned him with his mother for a year. David was unable to play golf for the entire year. When his father arrived and began training him again a year later, he resumed playing golf.

His amateur career began when he was still in high school. He graduated from Episcopal High School in 1989 and was awarded US Junior Amateur Champion the same year. He continued his amateur career after high school by joining the Georgia Tech Yellow Jackets Men’s Golf team.

David was selected ACC Player of the Year twice and first-team all-American four times while playing for Georgia Tech. David became pro in 1993, earning him the title of National Player of the Year. These accomplishments earned him a PGA Tour Card in 1995. David later qualified for the 1996 President Cup Team, when he had a perfect 4-0-0 record.

Between 1997 and 2001, David won 13 PGA tournaments. The most remarkable victory occurred in 1999, when David Duval and his father, Bob Duval, both won tour events on the same day. David won the Players Championship, while his father won the Emerald Coast Classic on the Champions Tour.

David finished 80th on the PGA Tour money list in 2002 and 211th the following year, prompting him to leave the tour. He returned in 2004 for The United States Open, but owing to back difficulties, he performed terribly, which caused him to lose confidence.

He made his comeback in 2009, finishing second at the 2009 U.S. Open and again the following year at the AT&T Pebble Beach National Pro-Am. This earned him enough money to keep his PGA Tour membership, but by 2014, he had lost it.

Before his current relationship with Susan Persichitte, David was seeing Julie Mc Arthur, his long-term girlfriend of 8 years. They divorced in the year 2002. In August 2003, he met Susan at a Denver restaurant while in town for an international competition. They later got engaged in November of that year and married in 2004. The couple has two children named Brayden Duval, born in 2005, and Sienna Duval, born in 2008.

David is also the stepfather to three of Susan’s former relationship’s children, Deano, Nick, and Shalene. The family resides in Cherry Hills Village, Colorado. David was also well-known for being one of the PGA Tour’s few registered Democrats throughout his tenure.

David Duval’s Salary and Net Worth

Duval has a net worth of more than $25 million as of September. All of his fortunes have come through his participation and winnings throughout his career.