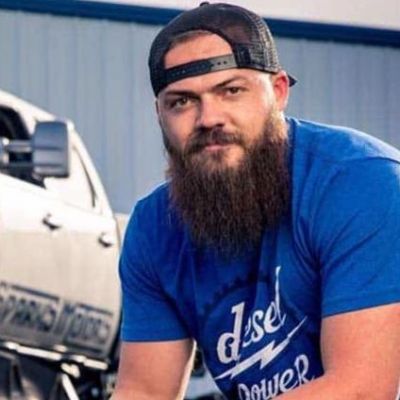 Dave Sparks is an American who is also known as Heavy D, a nickname he earned as a child due to his passion for automobiles.

Dave Sparks was born on June 18, 1977, but it’s unclear whether he was born in 1977 or 1978. His birthplace is Lake City, Utah, in the United States. He is the family’s fourth child. Dave’s father had a brain tumour and had several surgeries before dying when he was 21 years old. His father was a big inspiration to him because, despite his circumstances, he was still active and ran mobile cars and did pizza deliveries. In their father’s condition, his mother was always present.

He attended Webster State University for one semester before dropping out. This is because he believed he had the necessary experience because he went straight to work after graduating from high school. He considered it a waste of time.

Dave Sparks is a family man, having been married to Ashley Bennett Sparks since 2009. They had met in a church and had planned their wedding soon after. Beau, Williams, and Charley Mae Sparks are the couple’s three children. The family enjoys going on vacation together, which strengthens their bond. They currently live in Arizona and Utah, with plans to build a permanent home for their children.

Dave started his career right after graduating from high school. While studying, his favourite subject was auto mechanics, and he also enjoyed fabrications and welding. This provided him with the necessary experience for vehicle construction. He was fortunate to land a job at a motorcycle and ATV company where he was recruited by his friend Rich Eggett. This gave him even more real-world experience. He later decided to attend college, but he only stayed for one semester. He gained more experience in his career line while working for his uncle in his construction business.

After a short time, he decided to launch his own excavation company, Dieselsellerz. He hired his best friend Dave Kiley, also known as Diesel Dave. They used to repair and improve diesel vehicles. They decided to create a YouTube channel and post their works there. They were discovered by Discovery Channel executives and began a show called Diesel Brothers.

Dave hasn’t had much luck with awards in his career. He has, however, achieved a great deal in his life. His company has thrived and even expanded. He has gone ahead and purchased land with the proceeds from his business. Dave, like many of us who believe that obtaining a university education is the only way to succeed, believed that it was better to try out what experience he had rather than wasting time learning what he already knew. This spirit has led to his success and a large number of followers on social media, with 2.6 million followers on Instagram.

Dave Sparks’s Salary and Net Worth

Dave Sparks’ net worth is estimated to be $3 million as of June 2022. He had earned his total income since graduating from high school and starting his first job. He was also employed by his uncle, which inspired him to start his own company, which is now his primary source of income. His income also comes from the show he hosts on the Discovery Channel.

Dave Sparks is a dedicated and hardworking individual. His job is demanding and often dirty, but he is always pursuing his passion. This has led to his success, and he anticipates even greater success in his career.