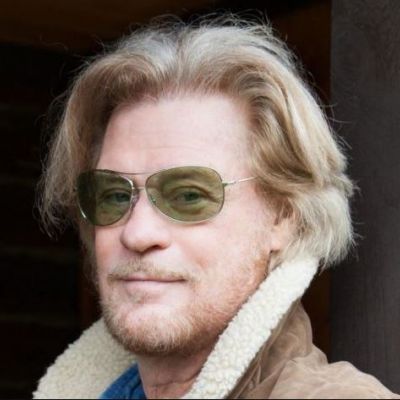 Daryl Hall is an American singer-songwriter, musician, and producer. He is well-known for being a member of Hall & Oates.

Daryl Franklin Hohl was born in Pottstown, Pennsylvania, on October 11, 1946. Frank Hohl, his father, and Betty Hohl, his mother, were musicians. Kathy Phillips is Daryl’s sister.

Daryl Hall graduated from the Owen J. Roberts School District, then went to Temple University to study music before dropping out in 1968.

He began recording music in high school, and while at university, he co-founded a band named The Temptones. During that time, he appeared at the Uptown Theater in Pennsylvania, Philadelphia.

Daryl Hall and musician John Oates co-found Hall & Oates, a duet band. They collaborated on several hit albums, including songs that reached the top of the charts. Six of their songs debuted at number one on the Billboard Hot 100 chart. Daryl has over 18 CDs with John, the most recent being Home for Christmas. Hall & Oates is one of the world’s best-selling bands.

Sacred Songs is widely regarded as Daryl Hall’s debut album. The album was likewise a success, charting on the Billboard 200. Daryl Hall Three Hearts in the Happy Ending Machine, Soul Alone, and Laughing Down Crying are among his other recordings.

He collaborated with DJ Arthur Baker and songwriter Sara Allen on Diana Ross’s single “Swept Away,” which reached the top of the charts.

Daryl Hall’s songs have appeared in a number of television programs, series, and video games. Guardians of the Galaxy: The Telltale Series video game, Orange Is the New Black series, Beat Shazam show, and Summer in the Vineyard movie are the ones for 2017-2018. Daryl Hall also appeared on NBC’s The Tonight Show, Starring Jimmy Fallon, in 2017.

Daryl Hall’s honors include a Walk of Fame star in 2016 and the TV Land Icon Award in 2011. He was nominated for six Grammy Awards, including three for Best Pop Performance by a Duo or Group with Vocals (Sara Smile, Maneater, and Private Eyes), one for Song of the Year (Every Time You Go Away), one for Best R&B Performance by a Duo or Group with Vocals (The Way You Do The Things You Do/My Girl), and one for Best Music Video (The Daryl Hall And John Oates Video Collection – 7 Big Ones).

From 1969 to 1972, Daryl Hall was married to Bryna Lublin. Daryl married Amanda Aspinall in 2009, and according to research, a divorce was filed, although it is unknown if the divorce was finalized. He was also in a long-term relationship with songwriter Sara Allen. In 1984, Daryl Hall had one biological child with Andrea Zabloski named Darren Hall.

Daryl Hall’s Salary and Net Worth

Daryl Hall’s net worth is predicted to be more than $50 million as of July 2022. He built his money by publishing and selling terrific solo tunes with John Oates. Daryl’s albums and songs with John in Hall & Oates sold millions of copies and were eventually certified platinum and multi-platinum. The house of Daryl Hall in Dutchess County is worth $9 million.