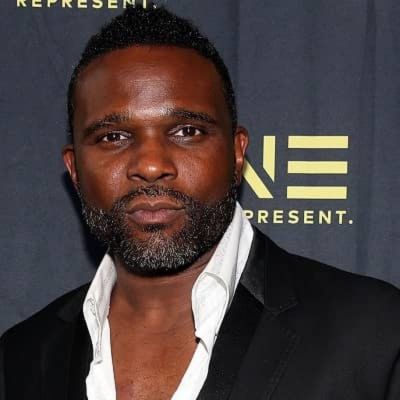 Darius is not a household name, but he is well–known for his role as Eddie Winslow on the long-running ABC/CBS sitcom “Family Matters,” which aired from 1989 to 1998. He also provided the voice of Jazz in the 2007 Transformer reboot. He is an actor, singer, and producer from the United States.

Darius Jaren McCrary was born to Howard McCrary on May 1, 1976, in Walnut, California. His father is a composer, music director, and singer, but nothing about his mother has been revealed.

His parents nurtured him in a warm and fun environment. Donovan McCrary, one of his siblings, is an actor. There is no information available about his education.

Darius has been married twice. He initially married Juliette McCrary in 2005, and after a year, they divorced in 2006. McCrary later married the well-known American author Karrine Stefan. They began dating after being together for several years and married in 2009 after being together for two years. They later divorced in 2011, although the cause for their divorce was not disclosed. He has not been in any relationships since that time. He is currently unattached.

McCrary began his career as a child actor in 1987 when he appeared in the comedy “Big Shots.” In 1988, he appeared as a guest on episodic television and in the film “Mississippi Burning.” Soon after, he earned the role of Eddie Winslow in “Family Matters,” which he played from 1989 through 1998. Following that, he co-starred in the short-lived UPN sitcom “Freedom.”

In the year 2000, he played Tommy in “Something to Sing About,” a Christian drama presented by the Billy Graham Association. The next year, McCrary appeared in “15 Minutes” alongside Robert DeNiro and in “Kingdom Come” alongside Whoopi Goldberg.

He supplied the voice of Jazz in the popular film Transformers in 2007, and he later performed Tarix in Bionicle: The Legend Reborn. In 2009, he joined the cast of “The Young and the Restless,” a CBS daytime soap in which he played Malcolm Winters. In 2011, he abandoned the young and restless.

McCrary is the creator of FathersCare, a non-profit organization. Its main goal is to commit to giving resources, education, and practical aid to fathers, as well as legal networks, in order to enhance their relationship with their children. This is an organization founded by his father, aunts, and uncles under the McCrary Foundation umbrella. “McCarrary’s”

Regarding Awards and Achievements So far, he has not received any formal awards, but McCrary has been nominated for various films and series, including “Big Shots,” for which he was nominated for the Young Artist Award in the category of Best Young Actor in a Motion Picture – Comedy in 1988. In 1989, he won the same award for Best Young Actor in a Motion Picture-Drama for “Mississippi Burning.” In 1993, he was nominated for the same prize and category for “Family Matters.”

Darius Mccrary’s Salary and Net Worth

Darius McCrary’s net worth is predicted to be more than $50,000 as of June 2022. He amassed this fortune through appearing in a number of successful television shows and films.

Darius McCrary is a successful actor who began acting at a young age and whose star has continued to shine throughout his career as evidenced by the numerous films and television series in which he has appeared. All we can say is congratulations and best wishes on his aspirations because he still has a long way to go as a young, vibrant man.