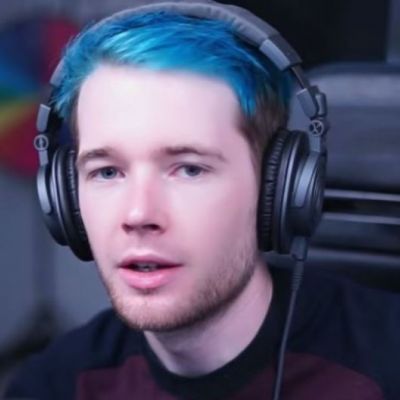 DanTDM, also known as Daniel Robert Middleton, is a professional gamer and YouTuber from the United States.

DanTDM is the eldest child of his parents, born on November 8, 1991, in Aldershot, England. DanTDM’s father was in the British Army, and because of his frequent transfers and postings, DanTDM and his family had to move a lot. The fact that DanTDM attended ten different schools in his early life indicates how many times his father was transferred. As a result, he did not have many long-term friends during his childhood. His parents’ divorce when he was a child was one of the most painful events in his life.

DanTDM launched his YouTube channel “The Diamond Minecart” in 2012 after becoming popular with his Pokemon videos. It was another gaming channel, and the majority of its viewers were children aged 5 to 10. The channel’s name was changed to “TheDiamondMinecart / DanTDM” and then to “DanTDM” on December 12, 2016. In addition to gaming videos, he creates short films with original characters.

DanTDM’s Income And Net Worth

DanTDM’s current net worth is $40 million. His YouTube videos are his primary source of income. According to an interview with “The Big Issue,” he devotes the majority of his time to his videos. This fortune has resulted from his dedication to his work.

He was admitted to a new school, and it was there that he met his future wife, Jemma. They quickly became good friends, and at the age of 18, DanTDM began dating Jemma. Finally, on March 17, 2013, they married.