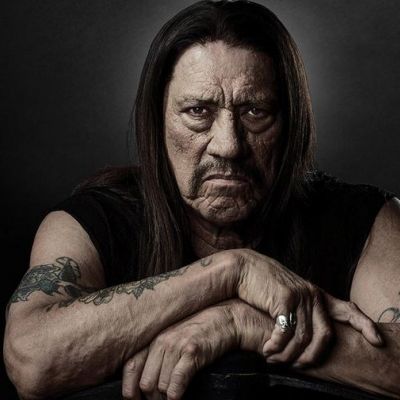 Danny Trejo is a well-known American actor who has appeared in numerous films throughout his career. His film credits include ‘Desperado,’ ‘Heat,’ and ‘Con Air.’ Trejo has also appeared in a number of television shows, including ‘Sons of Anarchy,’ ‘The X-Files,’ and ‘Breaking Bad.’ He began his career as a drug counsellor when he was still a teenager. He also owns several restaurants.

Danny Trejo was born in Echo Park, California, on May 16, 1944, to Dan Trejo and Alice Rivera. His parents are both Mexicans.

He has been arrested numerous times, primarily because of his appearance. He was a boxer in San Quentin Prison when he was imprisoned on several occasions. In prison, he also won the welterweight and lightweight titles.

Danny Trejo began his career in the entertainment industry in 1985 and went on to star in ‘Runaway Train.’ He appeared in the 1987 film ‘Death Wish 4: The Crackdown.’ He appeared in films such as ‘Bulletproof,’ ‘Lock-Up,’ and ‘Kinjite: Forbidden Subjects’ in the late 1980s.

He appeared in the 1997 film ‘Anaconda.’ He also played Johnny Six Toes in the film Inferno.’ Trejo later appeared in the television series ‘The X-Files as Cesar Ocampo. A year later, he was seen playing Isador “Machete” Cortez in the film ‘Spy Kids.’ He returned to the ‘Spy Kids film series in subsequent instalments.

Trejo has also appeared on the television shows “Monk” and “Desperate Housewives.” He appeared in TV shows and films such as ‘Death Race 2,’ ‘Machete Kills,’ ‘Teenage Mutant Ninja Turtles,’ ‘The Night Crew,’ ‘The Flash,’ and ‘Brooklyn Nine-Nine’ in the 2010s.

Danny Trejo married Debbie Shreve in 1997. The couple has two kids. He also has three other children from previous marriages. He appeared in the fighting game ‘Def Jam: Fight for NY’ in 2004.

Danny Trejo’s Salary and Net Worth

Danny Trejo’s net worth is estimated to be more than $20 million as of June 2022. He has been in the entertainment industry for over three decades and has appeared in numerous television shows and films. He’s also appeared in music videos for Broiler, Yelawolf, Enrique Iglesias, Train, Tech N9ne, Jay Chou, Sepultura, and the Jonas Brothers. He also owns several restaurants and his own coffee and beer brands. Trejo also owns several other merchandise brands, including ice cream sandwiches.