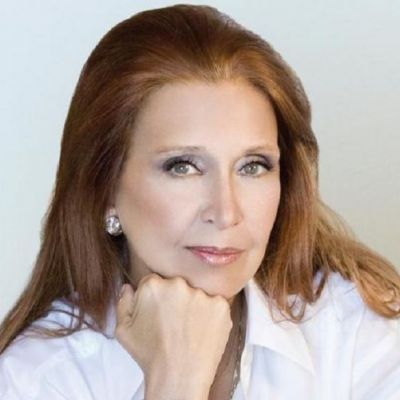 Danielle Steel is an American author best known for her Romantic Novels. She has accomplished a great deal in her life.

Danielle Steel, born Danielle Fernandes Dominique Schuelein-Steel on August 14, 1947, is of mixed origin. Her mother, Norma da Camera Stones dos Reis, was Portuguese, and her father, John Schulein-Steel, was German-Jewish. She spent most of her formative years in France. She spent most of her childhood with her father because her parents split when she was eight years old.

Danielle Steele was always interested in reading and even penned her own novels as a child. She became increasingly invested in the verse as she grew older. In 1963, she graduated from the Lycée Français de New York. She then went on to study literature and fashion design at Parsons School of Design and New York University, respectively.

Steel’s first novel, “Going Home,” was released in 1972. Her first work foreshadowed important themes she would cover throughout her careers, such as familial ties and human interactions. Her career rose to prominence with the publication of two works, “Now and Forever” and “Passion’s Promise.”

Danielle continued to publish novels practically everywhere, often more than once a year. Her name is in the Guinness Book of World Records because she was on the New York Best Seller List for the most continuous weeks of any author, with 381 weeks. She began herself into numerous genres in 1984, after writing about miscarriage in the nonfiction work “Having a Baby.” Her poetry career likewise began with a collection of poems named “Love: Poems.”

Danielle Steele has also created a children’s fiction series called “Max and Martha,” which deals with real-life issues. She is still writing as of 2018, with her most recent work being “The Good Fight.”

Danielle Steele’s work is frequently described as formulaic as if it is purposefully created to generate revenue. Her works deal with real-life issues, yet they may come out as overly enthusiastic and, at times, inaccurate depictions of characters. Her writings, however, have captivated a large readership, and she is regarded as one of the top authors of the day. The French government made her an “Officier of the Ordre des Arts et des Lettres” in recognition of her services to world culture and literature.

Steel has had five marriages. She initially married Claude-Eric Lizard, a banker, when she was 18 years old in 1965. In 1966, while still married to him, she finished her first novel. They had a daughter named Beatrix together. After nine years of marriage, they divorced. She married Danny Zugelder in a jail canteen in 1975 and divorced him in 1978. She married William George Toth the day after her divorce from Danny.

Danielle Steel married John Traina for the fourth time in 1981. Between 1982 and 1987, they had five children together. She divorced her fifth husband, Thomas James Perkins, with whom she had been married for four years, in 2002.

Danielle Steel’s Salary and Net Worth

Steel’s net worth is expected to be $400 million as of October 2022, according to the enormous popularity she has enjoyed during her literary career. Danielle Steel also has her own perfume line, “Danielle.”