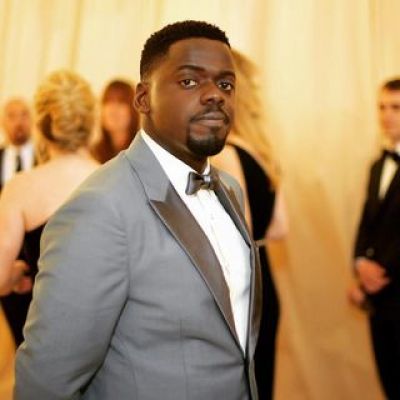 Daniel Kaluuya is an English professional actor who began his career in improvisational theatre when he was a teenager in 2006.

Who is Daniel Kaluuya? Daniel, whose birth name was Daniel Kaluuya, was born in London, England, on February 24, 1989. He is 31 years old right now. His parents are his mother, Damali, and his father, Stephen Kaluuya. He was raised on a council estate in Kentish Town with his older sister, while he was raised by his mother. Due to visa restrictions, his father could only visit them on rare occasions. He previously resided in Uganda. Daniel is of the black race and is of English nationality. He is of Ugandan ancestry. Kaluuya enrolled at St Aloysius College in London after graduating from high school. He is a resident of West London. He is such a die-hard Arsenal fan that he refers to Arsenal’s North London rivals, Tottenham Hotspur F.C., as “the team that must not be called” and “the league’s Voldemort.”

At the age of nine, Kaluuya began writing his first play, after which he began performing improvisational theatre. He eventually began acting as a child at his hometown’s Anna Scher Theatre School and WAC Arts. After that, he appeared in the controversial BBC drama “Shoot the Messenger.” After that, he landed one of the most important roles in his career when he joined the original cast of “Skins” as Posh Kenneth. He went on to guest star in several famous television shows, including “Silent Witness,” “Planet of the Dead,” and “Lewis.” After that, he participated in the sketch show “The Mitchell and Webb Look” and “Harry and Paul.” He also acted as a voice actor, appearing in the BBC Radio 4 comedy “Sneakiepeaks” as a villain.

In 2009, the professional actor had the opportunity to join the ITV sitcom “F.M.” cast regularly. In their annual report at the end of the same year, Screen International Magazine named him a U.K. Star of Tomorrow. The next year, he got the lead role in “Sucker Punch” at the Royal Court Theatre in London. From 2009 to 2011, he started his acting career as Michael “Tea Leaf” Fry in the dark BBC comedy film “Psychoville.”

Kaluuya also starred in an episode of the anthology series “Black Mirror” called “Fifteen Million Merits,” in which he played one of the lead roles. After being recognized by Jordan Peele, he joined the cast of “Get Out.” In the film “Vanity Fair,” he played one of the pivotal roles. In December 2016, he was cast in the Marvel Cinematic Universe film “Black Panther.” He also has a supporting role in the 2018 heist film “Widows.” In 2019, he appeared alongside Jodie Turner-Smith in the road trip/crime film “Queen & Slim.” He was scheduled to create a feature film based on the children’s television show “Barnet & Friends” in the same year.

Daniel has a long history in the entertainment industry, having appeared in several films and television programs. He has received 26 nominations and has secured ten of them. In 2017, he received awards from the African American Film Critics Association, MTV Movie & T.V. Awards, National Board of Review, Seattle Film Critics Society, and Boston Society of Film Critics for his performance in “Get Out.” In 2018, he received the “Rising Star Award” at the British Academy Film Awards, as well as two Black Reel Awards and an NAACP Image Award for his performance in “Get Out.” He also won an Evening Standard Theatre Award for “Sucker Punch” in 2010. In 2019, he was also nominated for a “Screen Actors Guild Award” for his performance in “Black Panther.”

Who is Daniel Kaluuya’s Girlfriend? According to reports, Kaluuya is dating British actress Amandla Crichlow. Their relationship became public when he took her as his date to the SAG Awards in 2018.

Daniel Kaluuya’s Income And Net Worth

How much does Daniel Kaluuya worth? Daniel has a lavish lifestyle. He is a well-known actor who has amassed a substantial fortune in addition to his celebrity. Kaluuya’s current net worth is estimated to be about $5 million.